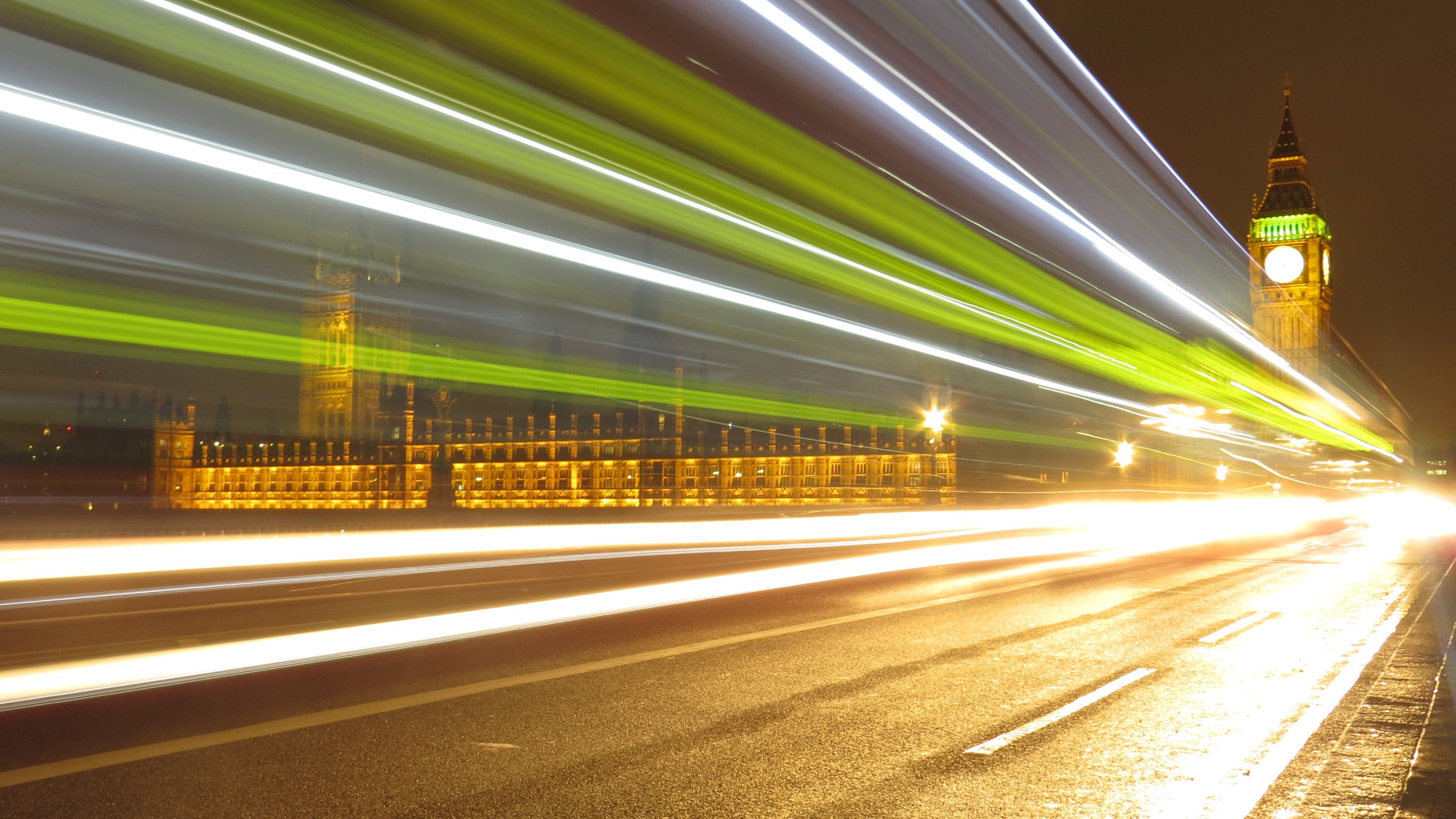 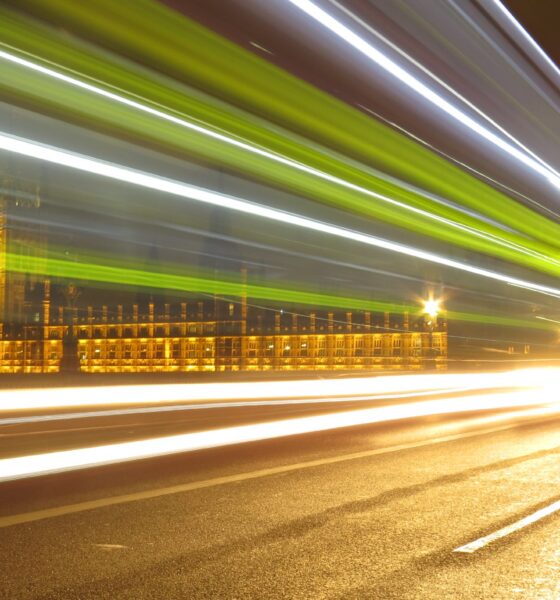 The challenges that the 21st century world faces demand a 21st century democracy. Four parties say how they would reshape politics.

With falling voter turnout revealing the growing body of people failed by modern politics, the gap between the poorest and the wealthiest stretching ever further and increasing corporate influence, we need politicians to build a fair, representative democracy that can last.

With rising populations and expanding middle classes, shrinking resources, disappearing natural wonders, ever more polluted skies and a world heading faster and faster towards climatic catastrophe, we need politicians who realise the necessity of sustainability.

Tessa Munt, the Liberal Democrat MP for Wells in Somerset and the parliamentary private secretary to Vince Cable, believes “an unelected second chamber; one party ‘rotten boroughs’ in local government and the opaque workings of government” are partly responsible for falling voter turnout at elections.

“We feel with fair representation, transparent decision making, reducing the influence of wealth in politics and the opening up of routes into political participation, especially for under-represented groups, we can encourage people to re-engage with politics”, she says.

The Liberal Democrats have pushed for a reform to the House of Lords, in favour of a wholly or mainly elected chamber, blaming Conservative backbenchers for shooting the bill down. Munt explains that her party is also committed to increasing female representation and the representation of black and ethnic minority communities in 2015.

“For example, we have eight MPs who will be standing down at the next election and of the seven seats where new candidates have been selected, five are women and two are from ethnic minority backgrounds,” she says.

When it comes to sustainability, the Liberal Democrats certainly talk the talk. Leader Nick Clegg has been a vocal advocate of climate action. A group of Liberal Democrat MPs also recently launched a Green Manifesto, urging the party to put sustainability at the heart of its approach. However, as part of the government, the party’s actual, tangible environmental achievements have been scrutinised. But Munt insists the Lib Dems are “working hard to make sure the environment stays at the top of the agenda and this government is doing more to tackle climate change than any other government before.”

She points to achievements such as the foundation of the Green Investment Bank and the creation of 200,000 green jobs as evidence of the coalition’s environmental credentials. The party also takes credit for pushing their coalition partners into accepting the 5p plastic bag charge, while arguing that EU membership is essential to future efforts to combat climate change.

“We’re in a world where some of the biggest players are also the biggest polluters. Only through working together with the rest of Europe can we make a difference, within Europe and on the world stage”, Munt says. “We passionately believe we cannot build a stronger economy without also creating a greener, more sustainable economy.”

Labour’s Lisa Nandy is the first female MP to represent Wigan in its history. Following the 2010 general election, she also became one of the first Asian women to become an MP. For her, making politics more inclusive and Westminster more representative is of great importance.

“The thing that really struck me, having worked in the voluntary sector before I got elected, is that you walk into the House of Commons and the first things you see are men, pictures of men and statues of men,” she says.

“Where’s everyone else gone? Talking to some of my colleagues who come from ethnic minority backgrounds, they felt very similarly along those lines.”

Nandy, who also holds the post of shadow minister for civil society, says she believes it is still too difficult for people to break into politics if they are not already a part of it: “People look at parliament and think, ‘I don’t see myself there.’ Unless you have a greater diversity of people in parliament, you won’t talk about the issues that really matter to people. Democracy is not dead; it’s just that there’s a lot of people who feel that they have no viable way of taking part.”

One way Nandy suggests this could be improved is by engaging young people with politics early on. “I think young people are intensely political but they just don’t realise it,” she says. As an example of how this can be done, she names the work being done by UNICEF’s Rights Respecting School Award. The initiative encourages schools to put the UN’s Convention on the Rights of the Child at the heart of their planning, policies, practice and ethos. Children are included in the decision making process and, as evidence suggests, become more engaged and morally and globally aware as a result.

Nandy was selected as Labour’s candidate for Wigan from an all-women shortlist ahead of the general election in 2010. “If there hadn’t been an all-women shortlist, there would have been a man doing that job again,” she guesses. “It just seems to me that it cannot be true that in the hundreds of years that we’ve had parliamentary democracy, there has never been a woman good enough to do it.”

The House of Commons is still far from equal. Out of 650 MPs, just 147 are female (22%). The disproportion is also evident in the cabinet, with just four women in cabinet (18%) compared to 18 men. Overall, just 35 women have held cabinet positions in the 85 years since 1929. However, Nandy notes that “we’ve had a series of selections were women have been selected on open shortlists. Perhaps we’re starting to change the tone of politics so we won’t need [all-women shortlists] anymore.”

By contrast, Nandy believes that the environment is still not accommodating for those trying to instill sustainability in the heart of democracy. “At the moment, the playing field is not tilted in favour of people, organisations, businesses who are trying to do that,” she says. “Some of the shareholder movements that we’ve seen recently have been really inspiring, but I’m not convinced that without government intervention or structural reform, that will change things quickly enough.”

Like the Liberal Democrats, the Greens want a reform of the House of Lords and of the first past the post (FPTP) voting system currently employed in the UK. Read argues that FPTP “often produces lopsided results, bearing little resemblance to voters’ intentions.”

He adds, “However, introducing proportional representation is only one part of the democratic revolution we in the Green party are calling for. We wish to see a democratic reform of the upper house of parliament, the restoration of significant powers to local government and the reigning in of the influence which money markets and large corporations have over the current democratic structures.”

Read explains that he personally advocates a three-tiered legislative structure, in which the lower and upper houses are complemented by a new group of individuals, referred to as ‘guardians of future generations’. The guardians, who would be selected in a process similar to jury service, would be able to veto legislation that was likely to have a negative impact for society in the future, the right to review major administrative decisions and the power to initiate legislation to preserve the basic needs and interests of future people.

“Such seemingly radical, but necessary measures would ultimately move us away from the short-termism [that is] seemingly endemic within the current political system and would turn our democracy into a genuine, deliberative democracy”, Read argues. In order to instil environmental stewardship into politics, he explains that the Greens also want to replace the “boom and bust” regime with a “post-growth” programme that restores “financial sanity”.

This would “sustainably and responsibly use those natural and human resources which are so often taken for granted by governments and large corporations”, he says. “Without such a shift in macro-economic thinking, it will probably be too late to prevent our planetary ecosystem from going into irreversible decline.”

He notes this may necessarily demand a drastic reformation of our political economy “in ways that run exactly contrary to the free market orthodoxy which all the ‘main’ parties in this country have mainlined on since the 1980s. A retrenched financial system may require a political system that takes back very significant freedoms that for the last two decades (since ‘the big bang’) have been accorded to the City and that for the last eleven years have been accorded to the Bank of England. Ultimately debt and the planetary resources on which our current economic model are based are – must be – finite and the sooner this is accepted the better.”

The Conservatives party, which controls the government, declined to comment, but questions of the sustainability of democracy – in terms of falling voter turnout and unrepresentative representatives – are sure to be troubling its members.

The party has taken flak in recent months for its lack of diversity, with a largely white, male frontbench educated at a very select pool of schools. It has been reported that of the six people producing the next Conservative manifesto, five were old Etonians, though these claims have been strenuously denied.

When in opposition, Cameron pledged to ensure a third of his ministers were women by the end of parliament. Taunted over his lack of progress during prime minister’s questions recently, he replied, “Of the full members of the cabinet who are Conservatives, 24%, a quarter, are women. Not enough, I want to see that grow. Of the front bench ministers, of the Conservatives, around 20% are women. That is below what I want to achieve in 33%. We are making progress and we will make more progress.”

With the party receiving just 16% of votes from ethnic minorities in 2010, it has also been suggested that the Conservatives need to become more representative of other communities.

“The prime minister is committed to deepening our relationships”, Priti Patel, MP for Witham, tells the Financial Times. “Other parties have engaged in the past and we haven’t been there. It is beginning to change. It will take time.”

Though Cameron famously vowed to lead the greenest government ever, the Conservatives have also come under increasing scrutiny for their stewardship of the environment. Achievements such as the foundation of the Green Investment Bank and cuts to the government’s own emissions have been offset by an unwavering support for fracking and a 2014 budget that boosted polluters, fossil fuel companies and energy inefficient industries.

It has also been suggested that, with the backing of the prime minister, their next manifesto will pledge to cut back on onshore wind farms. Owen Paterson, the allegedly climate sceptic environment secretary, has been a favourite target of the opposition, while Conservative peer Lord Lawson is an outspoken climate change denier.

However, some within the party have battled to unite the ideas of conservatism and environmentalism in recent months. Education secretary Michael Gove, describing himself as a “shy green”, recently argued that conservatism was about “passing on what we’ve inherited to the next generation”. The Conservative 2020 group, an alliance of “green, modern” Tories, has also tried to educate the rest of the party on the economic benefits of sustainability.

Tory MP Zac Goldsmith had added, “Logically, I would say it is impossible to be a true conservative without also being a true environmentalist. They are one and the same. Somewhere along the line, unfortunately, this became lost.”