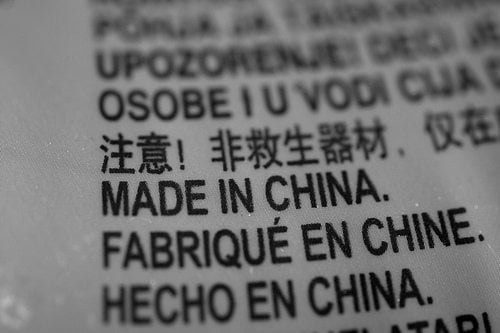 Western countries are outsourcing carbon dioxide (CO2) emissions to countries like China through the production of cheap goods that are exported to the US and Europe, a UN draft report has said.

A draft of the latest report by the Intergovernmental Panel on Climate Change (IPCC), due to be published in April and seen by the Guardian, has pointed out that much of the growing greenhouse gas emissions that are warming the planet comes from factories that supply goods to rich countries.

According to report, “A growing share of global emissions is released in the manufacture of products that are traded across international borders”.

Emerging economies like China – the world’s largest emitter and top manufacturing country – and India, that produce electronic devices, clothes and other goods, use a large amount of energy – mostly derived from coal – for manufacturing, but these products are mainly exported to Europe and the US.

“A growing share of CO2 emissions from fossil fuel combustion in developing countries is released in the production of goods and services exported, notably from upper-middle-income countries to high-income countries”, the report states.

According to the IPCC, China’s emissions have risen to almost 14 gigatonnes a year since 2000, two of which are derived from exported goods manufacturing.

In December, David Cameron announced his support for a deal between China and the European Union that would reduce tariffs on vehicles, mechanical and electrical goods.

China is the world’s largest importer and exporter of goods. It overtook the US last year as the biggest trading nation, with $3.87 trillion (£2.3 trillion) worth commercial operations.