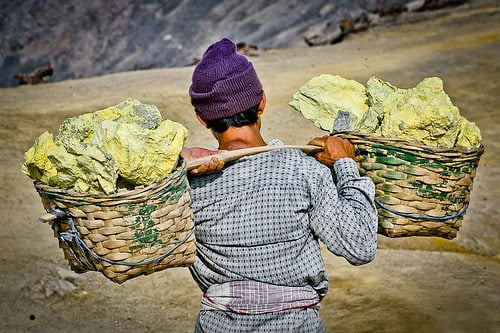 The Anglo-Australian mining firm Rio Tinto has come up against strong criticism from its shareholders and campaigners at its annual general meeting (AGM), who have accused the company of failing on health and safety and environmental sustainability.

Forty-one workers, including 33 Indonesian gold miners, died in an accident that allegedly could have been avoided. Rio Tinto said that the mine was “far from perfection”.

The Grasberg mine in Indonesia is also at the centre of claims by locals about environmental abuse, along with other locations in Madagascar, Australia and Namibia.

Industrial trade union IndustriAll challenged the company during the AGM over human rights violations, the environmental impact of its operations, land grabbing and worker safety.

“You say fatal accidents are a shame in the 21st century, and yet you reported 40 deaths last year. And according to the official government investigation the Grasberg accident in Indonesia could have been prevented.”

In a report about the lack of sustainability of the firm, Özkan added, “By showing that Rio Tinto does not operate in a sustainable manner, we aim to force the company to live by its own claims. These are our members and we demand a safe workplace, freedom of association and a constructive dialogue with management.”

The firm’s CEO Sam Walsh apologised for the lack of communication and promised a more effective engagement with local people. He also committed to restoring the damaged area in Madagascar by planting trees.