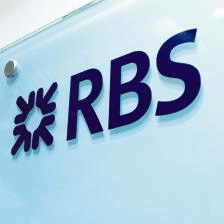 Taxpayer-backed Royal Bank of Scotland (RBS) has reported a £1.6 billion pre-tax profit for the first quarter of 2014. The figure is almost double the £747 million reported last year. However, the bank acknowledged that it still has legacy issues to deal with.

The improvement beat forecasts and has led to shares in the bank soaring by over 10%. The bank benefitted from improved cost controls and falling bad loan impairments.

For 2013 the bank posted losses of £8.2 billion, which was blamed on restructuring costs and misconduct fines. Despite this the bank, which is 81% owned by the government, planned to pay bonuses twice the size of salaries, the body that controls taxpayer stakes in the bank later blocked this move.

Over the last year, the bank has faced a number of fines, including one for its part in the Libor scandal, and investors have now filed a lawsuit against RBS. Five of Britain’s biggest investors claimed bank employees misled them.

Chief executive of the bank Ross McEwan said, “Just over two months ago, I set out our plan for making RBS the most trusted bank in the UK. Today’s results show that in steady state RBS will be a bank that does a great job for customers while delivering good returns for our shareholders.

“But we still have a lot of work to do and plenty of issues from the past to reckon with. Everyone at RBS is focussed squarely on doing everything we can to earn the trust of our customers and in the process change the banking sector for the benefit of the UK.”

In an article for Blue & Green Tomorrow, Ryan Brightwell, a researcher with BankTrack, argued that RBS needed to run, not walk, towards its ambition of becoming a leading ethical bank.