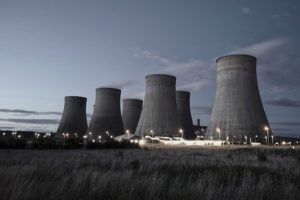 Tidal Lagoon Power has published a New Power Cost League Table which challenges the current narrative surrounding the new generation of UK power stations and examines the cost to the end consumer.

Tidal Lagoon Power today launches an improved methodology to better understand the real costs that energy bill payers incur through the construction of vital new power stations in the UK. The New Power Cost League Table has been developed to provide the first ever apples-to-apples comparison of the various enabling contracts awarded to power stations and ultimately paid for by consumers via their energy bills, in addition to the market price of power.

The study captures the differences in support mechanisms used to stimulate investment in new UK power plant, as well as the differing power profile and lifespan of these plants, to arrive at one key number: the additional cost that consumers are asked to pay for each megawatt hour of electricity that is delivered to the National Grid.

“It’s widely acknowledged that the UK has a looming power deficit”, explains Keith Clarke, Non-Executive Chairman of Tidal Lagoon Power. “We must invest in new power stations and the simple fact is that whichever generating technology is employed, an additional cost will be passed on to consumers. That’s because the power stations are new, not because they are low carbon.

“Given the breadth of technologies, risks and contracts involved, it’s not surprising that the true nature of these costs is all-too-often misunderstood.

We wanted to cut through the confusion and uncover the real consumer cost of new build power stations.

“You need to get under the skin of each technology and each contract to understand exactly what bill payers should expect to pay and what they will receive in return”.

The League Table, which Tidal Lagoon Power intends to update annually, finds that the ‘premium’ for new build generation is reducing as old enabling contracts are replaced by new, more competitive contracts. This trend is particularly notable in the case of solar PV and wind. Where new generating technologies are introduced to the mix, as with new nuclear and the pathfinder tidal lagoon at Swansea Bay, their consumer costs are shown to come in on-trend.

The study also demonstrates that aside from where facilities are brought forward to provide a back-up service to the system, investment in new gas-fired power stations is unlikely to offer the consumer a good value deal. Conversely, tidal lagoons at scale can reduce significantly the cost of power for UK consumers.

Mike Edge, the company’s Analyst and study author, comments: “A mix of solutions is necessary to achieve the sustainable and secure supply we need. New nuclear and offshore wind can achieve this at scale and a competitively low cost. Without very high usage, gas cannot. While the longer lifespan, proven technology and comparatively low construction risk of tidal lagoons can be leveraged to generate, also at scale, the cheapest electricity on the system.

“The many options for new build power stations in the UK are, and will remain, qualitatively different. We hope this league table offers one quantitatively comparable approach and in doing so contributes to the debate.”

The new power cost league table can be downloaded here.