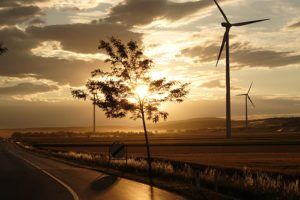 Today Tidal Lagoon Power launches ‘Ours to Own’, a report regarding the scale of the British industrial opportunity which is presented by tidal lagoons. This report is available at tidallagoonpower.com.

The company has at the same time launched a tender for the design and construction of a new £22m Turbine Manufacturing & Pre-Assembly Plant in Swansea Bay, to be the beating heart of a Made in Britain tidal lagoon turbine industry.

Swansea Bay Tidal Lagoon has been brought forward as a pathfinder project for UK and international tidal lagoons at full-scale. Tidal Lagoon Power has over five years worked with the supply chain to write Welsh and British industry into the DNA of this new global market from the outset.
Ours to Own sets out how Britain’s first mover advantage in the production of major components for tidal lagoon turbines, generators and turbine housings at Swansea Bay can be sustained and grown as the tidal lagoon sector scales in the UK and worldwide.

The immediate opportunity is for the UK’s engineering, construction, steel and manufacturing industries to win contracts totalling over £800m at Swansea Bay and over £6bn for the first project to employ its template at full-scale at Cardiff.

In addition to significant value captured through project design, services and operations, as well as more than half a billion pounds of investment in new UK industrial facilities, the report finds the potential value of the tidal lagoon sector to UK industry to be:

“This report captures the hard work of today’s industrialists to ensure tidal lagoons are British-engineered, that the manufacturing supply chain is British, and that we seize and own what can be a seventy billion pound sector for this nation. It is an extraordinary opportunity, explains Mark Shorrock, Tidal Lagoon Power’s chief executive.

180 years ago Brunel built the Great Western Railway and we still celebrate that British manufacturing and engineering success today.

“A roll out of tidal lagoons will be of equally significant scale and will also benefit our country for over a century”.

“It is a textbook case”, says Roger Evans MBE, Chair of the independent Tidal Lagoon Industry Advisory Group. “We have the natural resource, we need the power and we have the manufacturing skills to take on the challenge ourselves. A huge domestic market creates the ideal conditions for standardisation and mass manufacture, giving the UK a competitive edge on the world stage.”

“Perhaps the most appealing aspect of this plan is that it zooms in on those hard-to-reach corners of the Welsh and national economy”, says Robert Lloyd Griffiths OBE, Director, Institute of Directors, Wales.

The 100m long Turbine Manufacturing & Pre-Assembly Plant will be located between the Kings and Queens Dock at Swansea Bay, following a competitive tender of potential locations for the facility last year. The facility will receive major turbine components from manufacturers across Wales and wider Britain, with all machining and pre-assembly of the sixteen 7.2m runner diameter turbines required by the pathfinder tidal lagoon taking place on site. The facility, future proofed for exponential market growth, will initially employ up to 100 skilled workers, with an additional 150 project workers accommodated in an onsite office welfare area. Further tender details are available at: www.sell2wales.gov.wales/