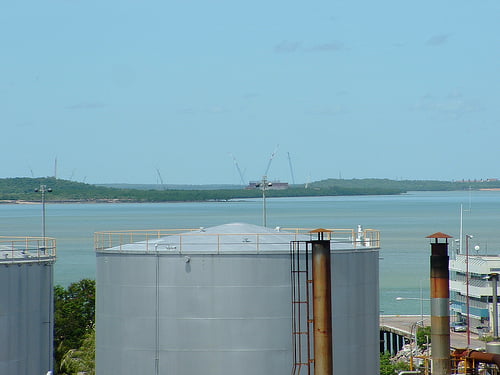 The National Grid has revealed that while Britain was facing gas shortages and rising prices in March, some energy providers were holding back supplies.

According to the Guardian, the Liquefied Natural Gas (LNG) terminal at the Isle of Grain in Kent and the South Hook LNG plant in south Wales were 40% and 52% full in March respectively, while the country was facing a potential energy supply crisis.

The gas shortage came after an increase in energy demand due to cold temperatures, which boosted energy giant Centrica’s profits in the first months of 2013.

The Isle of Grain LNG terminal – which defines itself a ‘socially responsible business’- has among its customers BP, Centrica and Eon.

South Hook is owned by Exxon Mobil, Total and Qatar Petroleum International and has promoted concern among locals in the past for noise pollution caused by ships carrying gas from Qatar.

As gas prices shot up in March and most companies’ storage was run down by 90%, it remains unanswered why the two big terminals were holding back gas.

Analyst Andrew Horstead from Utilyx energy consultancy told the Guardian, “The average level of overall LNG stocks across Britain was 30% during March. We need to understand why LNG did not step up and deliver.”

Greenpeace said in February that customers “had the right to be angry” because of increasing profits by British Gas – owned by Centrica – and that gas was driving bills up.

Centrica and Eon are among the ‘big six’ energy companies that were accused of exploiting price hikes in the gas sector in 2011.