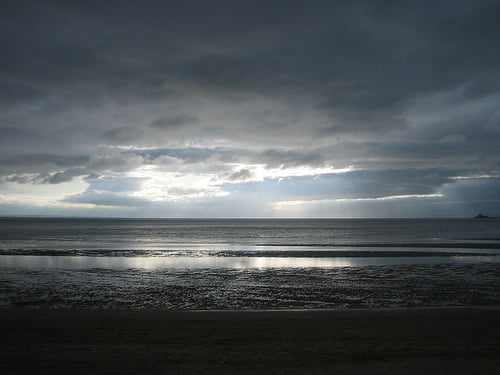 Swansea Bay could soon become home to one of the largest tidal power projects the UK has ever seen – a 250MW tidal lagoon that produces enough energy for over 100,000 homes.

The plans, which are set for consultation in the next few weeks, have been put forward by Tidal Lagoon Swansea Bay Ltd, which hopes to build a 9.5km wall near to Swansea docks.

The wall will extend out nearly 4km before coming back and rejoining the land – to create an enclosed section of water that the lagoon will use to generate power.

The area’s extreme tidal range – which is one of the highest anywhere in the world – will be tapped into twice a day using hydro turbine technology, producing clean, renewable energy for thousands of homes in the region.

Speaking to Blue & Green Tomorrow about the need for such a project, chief executive Mark Shorrock said, “We have too much gas, coal and nuclear and not enough renewables.

“Our vision is to create a programme of tidal lagoons, each one bigger than the last, such that 5,000MW of tidal lagoon power comes on stream in the UK in the next 12 years.

“The tides rise and fall every day, twice a day and we simply capture that head difference and generate electricity. For 120 years.”

Plans to build a £30 billion tidal barrage just a few miles away across the Severn estuary have been the subject of much high-profile deliberation in the past few months, with a report in November saying that developing smaller-scale clean energy technologies would be the better option.

As well as producing energy, the Swansea Bay tidal lagoon will also double up as a water sports venue, and would be a number of jobs to the region.

The firm has issued some £10m in shares for investors wishing to profit from the project, which will go towards designing and constructing the tidal lagoon, as well as helping to fund preparation of an environmental impact assessment.