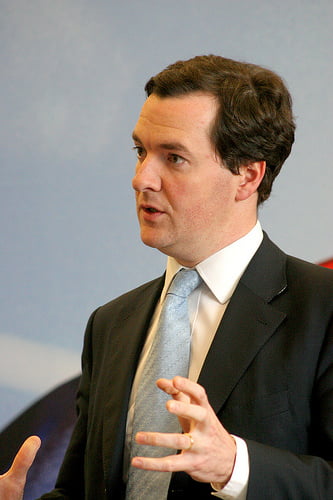 The chancellor George Obsorne delivered his fifth set piece financial statement that we’ve covered. He opened with the bold statement that the economy is healing. While others will debate this over the next few days and weeks, it misses the fundamental point that our planet is hurting.

How you vote and which newspaper you read will largely shape your opinion of Osborne’s dense and complicated 50-minute speech. The innovation of creating an independent Office of Budget Responsibility was one we welcomed back in 2010. Previous governments had too much freedom to massage growth, deficit and debt forecasts to flatter their own agenda.

We were pleased to see £600m for scientific research infrastructure. Our country is a leading global innovator. We cannot win the race to the bottom on manufacturing but our intellectual property and technological prowess creates jobs and valuable exports.

We also welcome the plans to extend High Speed Two into the north-west.  The UK lags behind other developed countries on high speed rail. This low cost, environmentally-friendly form of mass transit should be expanded rapidly.

While we recognise increased spending on road infrastructure (A1, A30, and M25) will create jobs and ease the commuting misery of drivers, we are wary of anything that encourages this inefficient and polluting mode of transport.

Similarly, motorists will welcome the cancellation of the 3p in fuel duty. This sleight of hand ignores the 3p added to fuel by the previous VAT increase. The fuel levy was originally designed to discourage the use of cars. That the levy is working doesn’t seem to be a good reason for cancelling it.

The motorist lobby is a powerful group. Trips by car represent 64% of all trips and 78% of distance travelled (ONS). Regardless, we need to encourage more people to use public transport to reduce pollution. Britain’s increasingly obese population and heavily polluted air need car usage to fall.

The chancellor claims he is keen to support areas where we are global leaders, citing aerospace as an example. Ignoring the fact that aerospace is a euphemism for the defence industry, in itself a euphemism for the selling of weapons to unsavoury regimes, he couldn’t bring himself to name that other sector where we are a global leader. The UK is at the forefront when it comes to developing offshore wind capacity and this will be an invaluable export industry in coming decades.

Of great concern is the chancellor’s heavily trailed ‘dash for gas’. He appears besotted with the temporary low price of gas and the promise of large shale reserves under the UK. Gas is a finite fossil fuel, which creates pollution and carbon emissions. Coal and oil emit more carbon but gas is still a significant producer of CO2. Picking the lesser of two evils isn’t a solution when there is a clean and limitless alternative.

As a recent Fabian Society/WWF poll showed, our government is lagging well behind public opinion on green development:

A more aware, ambitious and visionary chancellor would have delivered a very different statement.

Overall, this is a very disappointing speech from a sustainability perspective. The “greenest government ever” is perpetuating an unsustainable tax and policy framework. We named George Osborne as one our four horsemen of the climate apocalypse last month and he has done little today to change our view.

Mr Osborne, it is highly debatable whether our economy is healing. What is certain is that our planet is hurting and we needed you to do so much more.