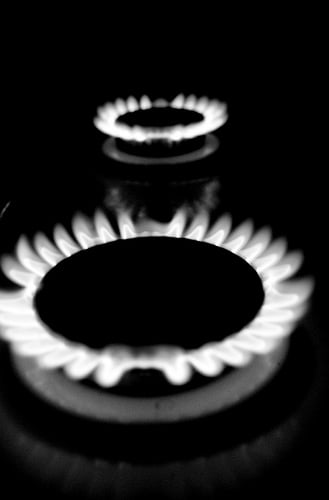 Energy secretary Ed Davey outlined to MPs in the House of Commons how the government’s energy bill would look. Here’s the pick of the reaction.

Click here to read more about what Davey had to say.

Ed Davey, secretary of state for energy and climate change

“The energy bill will attract investment to bring about a once-in-a-generation transformation of our electricity market, moving from predominantly a fossil-fuel to a diverse low-carbon generation mix. This is the culmination of two years’ work in designing a new market-based approach that will deliver certainty for investors and fairness for consumers.

“The bill will support the construction of a diverse mix of renewables, new nuclear, gas and CCS, protecting our economy from energy shortfalls and significantly decarbonising our electricity supply by the 2030s as part of global efforts to tackle climate change.

“This is an economic opportunity – there for the taking. It will stimulate supply chains and support jobs in every part of the country, capitalising on our engineering prowess and our natural resources, cementing the UK’s place at the forefront of clean energy development.

“In an era of rising global energy prices, by shifting to more home-grown sources of power and by becoming more energy efficient, we can cushion our economy and households from the fluctuations of world gas markets. We intend to underpin this with reforms to the retail market to simplify tariffs and make sure consumers are able to get the best deal for them.”

“Today’s energy bill is a unique opportunity for the government to finally speak with one voice in support of the renewables sector. David Cameron must now put an end to months of government infighting which have badly damaged investment confidence in one of the UK’s few sectors of economic growth.

“The ultimate test for the bill will be through strong amendments on energy efficiency and a decarbonisation target that hold the government to their commitments. Consistent political messages are now more important than ever in boosting investor confidence.”

“Energy-intensive manufacturing is finally getting its place in the sun today, by the exemption from necessary new energy costs. This is vital for such companies to play a key part in our low-carbon economy and it is good news that the government has listened to our calls to build in support at this early stage, which will ensure we reap the full economic benefits at the earliest opportunity.

“Equally important is the welcome boost the bill gives to investor certainty. It will be crucial for investors to see the momentum kept up in parliament so that the bill can get onto the statute books as quickly as possible.

“The next vital debate is to decide how to improve energy efficiency and deliver real benefits to the economy. The current policy landscape is too complex, so we will look forward to seeing how today’s electricity demand reduction proposals can move us towards a simpler, more strategic approach.”

“Ministers must nail the lie that green policies are behind soaring fuel bills – it’s the rocketing price of gas that’s overwhelmingly responsible for the misery inflicted on consumers.

“MPs must support an amendment for a decarbonisation target to give businesses confidence to invest in clean energy to deliver new jobs and investment and a power system we can all afford.”

“The bill is a step forward in delivering more large-scale renewable generation and that’s obviously a good thing. We also welcome that the government has indicated that it’s willing to listen to suppliers on how these proposals will work in practice.

“But its continued inability to look beyond the need for larger projects is disheartening. To create a more competitive market, DECC must be more proactive in encouraging independently owned, decentralised generation, ideally through extending the current feed-in tariff scheme.”

“This bill is crucial in setting the investment framework for the next 20 years and ensuring that we can build on our current world lead in offshore wind and marine technologies, and guarantee clean domestic power and tens of thousands of green jobs”.

“The publication of this bill will give a good deal more confidence to those businesses that are developing the UK’s first CCS projects and laying the foundation of a world leading industry.”

“The bill provides much needed investment certainty. A major nuclear new build programme will lead to substantial industrial and employment benefits – including considerable opportunities for the UK nuclear supply chain and a boost for UK manufacturing and construction.”

“The publication of this new bill is good news for engineers, investors and the general public as it means we are a significant step closer to getting on with the job of building the major infrastructure projects needed to keep our homes warm, the lights on and industry working.

“With a looming energy gap for 2015, creating a stable regulatory framework for the energy sector is absolutely crucial for investor confidence and we look forward to the announcement next year on the details of the incentives, without further delays.

“The fact that energy intensive industries will be exempt from the additional costs to encourage investment in low carbon power is also positive, as it means UK industry won’t be placed at an unfair disadvantage when competing in international markets selling products such as steel.”

“It’s very positive that government support for low-carbon energy will increase to £7.6 billion by 2020. This should provide stability and confidence for renewable energy developers to commit to the UK market.

“That in turn provides exciting opportunities throughout the supply chain for small British businesses to break into this high growth industry.”

“An energy policy fit for purpose in the 21st century needs to address energy security, affordability and decarbonisation. To address these it must ensure a radically increased clean energy supply and increased energy efficiency.

“It is important to bear in mind that it is not the increase in cost of energy per unit, but the total bill that households actually pay, which is the critical thing. Scaling up energy efficiency measures – things like better insulation, low energy lighting and smarter appliances can have a massive difference to families’ energy bills. Done right, these kinds of measures can lead to lower bills at the same time that energy prices are rising.

“The government truly needs to be pushing forward on energy efficiency and clean energy systems. The solutions are there. Energy efficiency consultations should be a key part of the energy bill and not an afterthought.”

“The generality of the energy bill is broadly welcome. There are many clarifications to the levy control framework which are essential for supporting future investment. Whereas it sets out the broad brush strokes for a policy, there are still worrying gaps where the future ‘devil’s in the detail’ could creep in over the next few months. As a major investor in renewable energy, we’re keen for rapid progress to be made so that we can get on with the job of supporting more renewable energy generation and green infrastructure.

“In particular, the lack of a transparent framework for conducting future pricing reviews and consultations could leave the industry with the prospect of future political uncertainty. This could have (and still can) be dealt with in the months to come, and may be even more significant than a decarbonisation target: e.g., if there was a truly stable framework that investors could rely upon, then the green infrastructure that we need would be built quicker and cheaper.

“Such a mechanism, which goes beyond measures such as the carbon floor price, needs to support a range of promising new renewable energy technologies, whose deployment prices are likely to fall rapidly as their industries grow – but that will only happen if the government gets the next bit right.”

“Renewable subsidies are set to continue whilst being partially financed through increasing energy bills. In straightened times, this will be hard to swallow for many but it sends clear signals to investors that renewables have a place in the UK’s future energy mix.

“Uncertainties still exist due to the lack of a decarbonisation target. Gas investors will still be wary of sentiment coming from the Labour and Lib Dem camps, given the long term nature of the market in which they operate.

“Despite the political wrangling, the UK government has made clear the important role of energy efficiency and how such schemes will ultimately reduce energy bills in the long-run whilst keeping the UK on target for its legally binding carbon reduction commitments.”

“This energy bill is a big and positive step forward. In its detail it must provide sufficient clarity and confidence for investors over the direction the UK is taking on energy policy. The capacity market proposals will mean that gas power stations will be there, not just to keep the lights on while the new nuclear power stations and renewables are being built, but also for the longer term future.

“This means that the huge investment will now start being made in our energy infrastructure and this will create jobs and help economic recovery. At the same time, a focus on affordability for households and for businesses of all sizes, now and during these changes, is essential.

“The energy industry will be doing its part in both providing free and subsidised insulation and particularly assisting the elderly and vulnerable. We will be working closely with consumer groups, business groups and those who are big energy users as the bill goes through its processes, as well as government, all political parties and the regulator.”

“The devil will be in the detail, which we have yet to fully examine. However, if the new regime is implemented sensitively, consumers and green generators should both win.

“Electricity customers will only pay what is necessary to move the UK towards a more sustainable and secure energy future. That’s because, with these new contracts, if the price of electricity increases, the amount of subsidy required can fall. Generators should get a stable price, provided they achieve the fair market price for their electricity. That’s why it’s essential we have a route to market which guarantees this.

“We can’t afford to be complacent, however. It is vital that confidence in the policy framework is established quickly given the investment hiatus we face. There is still much work to do, to translate the legislation into clear and effective policy. We look forward to working closely with DECC to ensure our members can have full confidence in the new framework as quickly as possible.”

“Solar could readily deliver a third of the UK’s power supply, using south-facing roofs and facades alone. This technology will be massive. Furthermore solar puts the power to generate directly in the hands of millions, not the few. DECC and its Electricity Market Reform agenda now need to fully recognise the major role that solar power will play in transforming our electricity markets.

“The approach so far has been top down. Solar power means a bottom-up energy revolution and any government serious about breaking open the electricity market to much greater consumer choice and competition should be right behind us.”