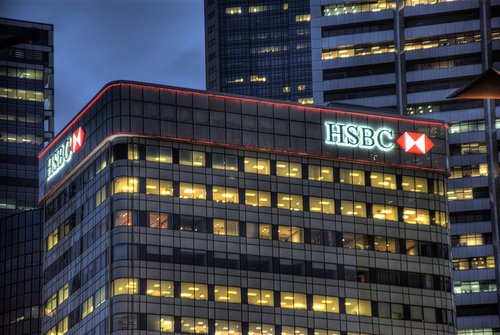 HSBC was today fined £1.2bn (1% of market capitalisation) over US claims that it was engaged in money laundering for terrorists.

Its “profoundly sorry” CEO, Stuart Gulliver, accepted responsibility for past mistakes and insists the bank was a “fundamentally different organisation”. The charge is that the bank laundered money from Mexican drug barons and Iranian criminals.

HSBC hit the headlines as recently as November for setting up £699m worth of offshore accounts in Jersey for drug dealers and other criminals.

Back in November 2002, it expanded into the US, acquiring Household Finance Corporation (HFC), the second largest subprime lender in the US, making HSBC the centre of the subprime storm.

“Underlying all these events is a question about the culture and ethics of the industry” – Stephen Green, March 2009

Former HSBC Group chairman Lord (Stephen) Green joined HSBC in 1982, and rose to executive director of investment banking in 1998 where he oversaw the disastrous acquisition of HFC. He was subsequently promoted to group chief executive in 2003, chairman in 2005 and group executive chairman in 2006, retiring in 2010. During his tenure, he held a directorship for HSBC Mexico. He is an ordained priest in the Church of England and became a Conservative trade minister in the coalition government in 2011.

Today’s fine follows a £415m (1.1% market cap) fine for Standard Chartered for breaking sanctions with Iran and £290m (1% market cap) for Barclays for rigging Libor rates – the first of an anticipated wave of banking fines for such activity, with three men arrested by the Serious Fraud Office today. Remarkably, HSBC, Standard Chartered and Barclays survived relatively unscathed from the financial crisis. Until now.

These fines followed the collapse of Northern Rock, HBOS and the disgrace of Fred Goodwin of the Royal Bank of Scotland.

If you are tired of culture and ethics of the major banking groups, read our Guide to Sustainable Banking to explore the alternatives.