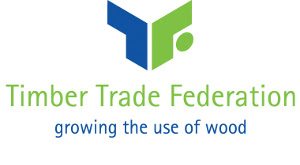 The Timber Trade Federation (TTF) conducted a survey to calculate whether its members are for or against leaving the European Union (EU). The results showed that members are overwhelmingly in favour of staying in the EU. Many of those who said they would vote to remain expressed their concern over the uncertainties of leaving.

The survey was designed to reflect the simplicity of the final referendum itself and used two straightforward questions:

According to the poll, 76% of the respondents think the UK should stay in the EU, while 16% are in favour of leaving.

Considering the impact on the UK economy as a whole, 80% of the respondents believe the UK will benefit from remaining in the European Union, while 11% indicate ‘Brexit’ as the best solution.

Respondents were given space to add their own comments in addition to the answers. These mainly expressed concern about the uncertain economic and political scenarios following a possible exit from the EU and how this would impact on business investment. In addition, several comments stressed how the replacement of European Standards and Regulations with UK equivalents would negatively impact trade.

However, respondents also highlighted the necessity of reforming the EU to ensure benefits and responsibilities are distributed more equally among member states.

David Hopkins, Managing Director of the Timber Trade Federation said: “The TTF is not taking an official position on the referendum either way, but this survey gives an unequivocal view from the Members. It is perhaps unsurprising that uncertainty and lack of clarity from the Brexit camp about what leaving the EU would achieve does not impress a business sector for whom the EU is their biggest trading partner.

“The good news is that this Friday represents the start of the official “purdah” period, where all Government Departments and civil servants will have to keep silent until after June 23rd. We can only hope this will give all of us time to think more clearly about the issues involved and vote for that which we consider important.”