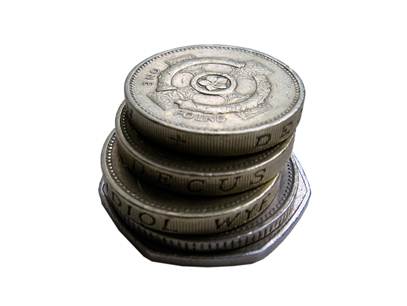 Time to move your money?

Inspired by an American movement a group of campaigners are trying to encourage people to move their money to ethical banks. Charlotte Reid finds out how people can get involved.

Move Your Money is encouraging people to move their money away from the well-known, high street banks to try to get the banks to change their behaviour.

Inspired by an American movement a group of campaigners are trying to encourage people to move their money to ethical banks. Charlotte Reid finds out how people can get involved.

Move Your Money is encouraging people to move their money away from the well-known, high street banks to try to get the banks to change their behaviour.

The group are encouraging people who have thought about moving their money to pick a date in March, which has been dubbed Move Your Money month, so that they will finally move their money.

The UK movement, which is in association with Co-ops UK, began as a group of friends who were all angry at the banking system and the effect that it was having on the economy and society.

The website says that public anger at the banks is at its highest, which can be shown from the reaction to RBS boss, Stephen Hester, being offered a bonus of nearly £1m in shares in the company. After the outcry Hester did decide to waive his bonus.

The Move Your Money website lists how ethical or unethical some of the main banks are to convince people to take their money elsewhere.

The website also suggests places that people can move their money to in protest at the banks. The alternatives they list include building societies, credit unions and a selection of ethical banks.

We at Blue & Green Tomorrow have previously written about the alternatives to the traditional banking system. We have also highlighted the number of IFAs out there who will offer advice as to what ethical investment opportunities are available.

However, the campaign has many other ways to get their message across. These include organising stunts like going into your local branch of your bank and explaining why you moved your money to other customers as well as lobbying local MPs and hosting screenings of films about the banking system to start a discussion.

This campaign follows a highly successful movement in America which saw 4m people moving their money. The campaign is also motivated by the fact that people do not understand the financial systems so are not asking where there money is going.

As the Move Your Money website says, “While our money sits with the banks, we’re providing a cheap source of credit for them to continue”.

Ed Mayo, the secretary general of Coops UK, sums it up well. “At an individual level, you can’t do everything to put an unfair economy right – but you can do something”.

If you want find out what else you can do then talk to your IFA about the investment opportunities available to you. If you don’t have an IFA then fill in our online form and we will put you in touch with an ethical adviser.