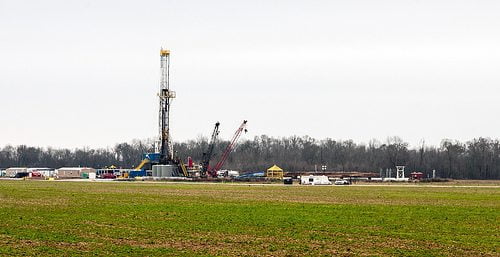 The amount of shale gas located in Lancashire and Yorkshire is actually far greater than initial estimates suggested, but it’s unclear how much can actually be extracted, according to the British Geological Survey.

The BBC reported that the government is about to announce benefits for communities living near fracking sites and incentives for investment in shale gas.

The announcement has raised concern among green campaign groups.

Lawrence Carter, energy campaigner at Greenpeace, said, “The idea that shale gas is going to get the economy moving again is groundless. There’s a huge difference between the amount of gas in the ground and how much fracking companies will be able to commercially extract.

“Even if they do manage to get some gas out, the fracking industry’s own research reveals that production wouldn’t reach meaningful levels until well into the next decade.”

Experts say that there is a risk that fracking, which involves injecting a liquid into shale rocks to extract gas, could cause earthquakes.

Carter added that there is no warranty that the extraction method would help keep energy bills down, despite some MPs claiming it would back in April.

“Analysts from energy regulator Ofgem, Deutsche Bank and Energy UK are lining up to say that UK shale gas won’t bring down bills for households or businesses”, he said.

“Even the company with the biggest stake in Lancashire shale gas, Cuadrilla, privately admits that it won’t reduce energy prices. It’s alarming that the Chancellor is staking his growth strategy on an industry that doesn’t buy his hype.”

The community benefits for fracking come after the government introduced new measures to incentivise wind developments in the UK. However, it’s claimed that this policy would in fact just make it easier for anti-wind campaigners to block the construction of turbines.