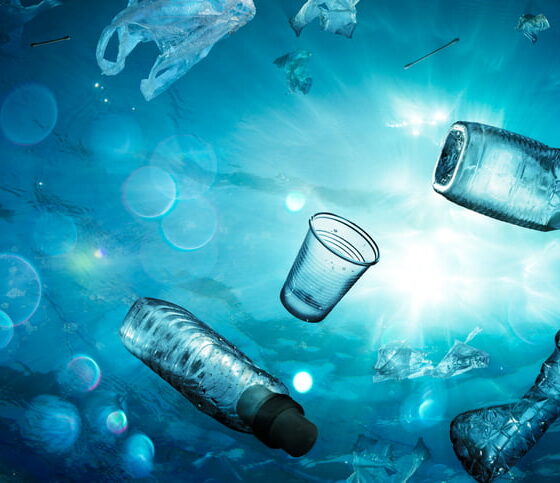 Water pollution is a huge threat to the environment. National Geographic reports that there’s an astounding 5.25 trillion pieces of plastic debris in the ocean.

Humans are at risk of running out of our sources of drinking water, because we are polluting the water we depend on to survive. We previously reported that all rainwater in earth is now unsafe to drink. We are also threatening the lives of marine life around the world. Land and avian animals that consume fish may also be contaminated by water pollution, which is causing a growing array of threats to the planet.

We need to support companies that are willing to take drastic steps to fight water pollution. Fortunately, the CEO of PADI has announced that he is willing to help make progress on this front. The company recently released a press release stating that it plans to remove over 200 million metric tons of debris from our water.

Water gives us life — and alarmingly, water on planet Earth is in danger. Fortunately, PADI is working hard to remedy this issue — with plans to do much more in the upcoming years.

“I want our global network of Ocean Torchbearers, who are people passionate about our blue planet, to remove 200 million metric tons of trash from our waterways,” PADI CEO and President Drew Richardson declares. “At the end of the day, that’s a drop in the bucket compared to the amount of plastic in our oceans, but all of these efforts add up — and that’s the important goal we are working toward.”

“There is hope rising everywhere,” says the Professional Association of Diving Instructors. “PADI members around the world continue to take action for the ocean, their businesses, the dive industry and their local communities. Operating independently and with our committed support, together we are bringing about real change for our planet.”

“Decades ago, we created a program, Dive Against Debris, that enables everyone to become a citizen scientist. Divers are trained on how to dive with a purpose: If they encounter trash, not only do they remove it from their dive site, but they then log it into our database, which is the world’s largest collection of marine debris data. This data has played a key role in changing legislation to protect our waterways and, ultimately, our life source.”

This is laudable goal. PADI’s steps may help save our oceans from a catastrophic fate.

PADI and its torchbearers are making strides in ocean conservation — challenging one another to do more and making it easier for everyone to play a role in protecting our blue planet.

“Around the world, destinations are running coral conservation programs that both local communities and visitors can play a direct role in,” PADI says. “The results so far have been nothing short of inspiring, proving that hope is not lost in saving coral.” The website lists “coral reef hope spots,” like the Maldives and Tahiti, where progress is being made through the community of torchbearers.

PADI is also ramping up outreach to get more ocean lovers involved.

“A Dive Against Debris Diver takes direct ‘fins on’ action for the ocean, collecting critical survey data from any or every dive that can be used by marine researchers and policymakers for conservation efforts,” PADI says. “No one is better suited to tackle marine debris than PADI divers.”

PADI explains that Dive Against Debris is not only helping to keep dive sites and local marine environments free of garbage — and keeping marine life healthy — but it’s contributing data to the biggest global underwater database in the world, with more than 90,000 divers collecting survey information to be analyzed by marine researchers and policymakers for conservation efforts. “To reduce marine debris by 50% in targeted countries by 2030, we need everyone working together at local, national and international levels,” PADI says. The requirements to participate are simple: “Become a diver, free diver or mermaid to join the world’s largest underwater citizen science movement on the planet.”

A Watery War Against Plastic

Plastic is particularly damaging to the world’s oceans. The International Union for the Conservation of Nature reports that 14 million tons of plastic end up in the water every year. Ecowatch.com reports that fish and whales are consuming plastic particles, which contain toxins that are then passed along to the organisms that feed on them through the process of biomagnification. Additionally, dolphins, turtles, and other marine life are becoming entangled in the marine debris like abandoned fishing nets, only worsening the destructive effects of plastic.

Plastic in the open seas is also causing ocean acidification, which, according to ecowatch.com, can make it more difficult for corals, oysters, and other creatures that use calcification to build their skeletons. These organisms are literally unable to create the very thing that supports and protects their existence — an exoskeleton — causing chain reactions that can impact other marine species that rely on them for habitat and food.

On its website, PADI shares eight simple things everyone can do to contribute to the effort, from reducing single-use plastic usage to learning to dive and becoming an underwater trash collector.

PADI is also working to decrease marine trash in half through partnerships in targeted countries. What’s more, it’s also trying to rehabilitate critical ecosystems, with the goal of restoring 5% of coral reef habitats and increasing seagrass habitats to counteract carbon.

Richardson says PADI has always taken on the critical responsibility to create positive ocean change, and it continues to fortify global efforts. Thirty years ago, PADI created and funded two organizations to combat the problem. The PADI Foundation has advanced marine research, science, and education by awarding $4.7 million in grants to 900 projects over the course of its history, and the PADI AWARE Foundation supports more than 300,000 community-based conservation initiatives around the globe, granting over $5 million to advance conservation research and education, including marine debris removal and ridding the oceans of plastic.

“Our program is a comprehensive attack on marine debris and plastic pollution at an individual, corporate, and even governmental level,” Richardson says. “It’s everything from locally removing debris and upcycling it, to major cleanups with the support of key partners like Seiko, which sponsors our Dive Against Debris program. PADI is also lobbying for global protection and working with local governmental officials to address the problems at a legislative level.

“When you look across the surface of the ocean, you may not see the beauty, or the problems, that are beneath the surface. But if you’re a diver you absolutely do, and you are driven to protect and preserve the world only divers see. People fall in love with the underwater environment very quickly once they become divers — and in doing so, take on a personal responsibility to save it,” says Richardson, a lifelong diver himself. “PADI aims to provide tangible ways for everyone to get involved and create a groundswell of meaningful positive actions.”

Richardson adds that PADI is also engaged in increasing the number of marine protected areas, or MPAs, through Adopt the Blue, the world’s largest network of underwater sites marked for conservation action. “We have partnered with [Swiss prestige watchmaker] Blancpain to help protect 30% of the ocean by 2030 through the establishment of these MPAs,” Richardson says.

Richardson believes divers also hold the key to protecting vulnerable and endangered species since they have an up-close view of the magic that lies beneath the great mysteries of the planet’s oceans. And they in turn can serve as voices for these critical creatures.

“To date, we’ve helped protect 51 vulnerable shark and ray species — with the goal of an additional 54 more in the upcoming years by developing in-country conservation campaigns,” says Richardson. “And it’s working. Last year, we had a big win in which our multiyear campaign efforts resulted in a two-year ban on catching and retaining Atlantic shortfin mako sharks.”

PADI says it also underlined the importance of shark preservation at 2022 CITES, the Convention on International Trade in Endangered Species of Wild Fauna and Flora, in Panama in November. The event allows international leaders to meet and mandate how to not endanger the survival of wild animals and plants with its trading practices. PADI says it was invited by the Panamanian government to give detailed advice to government leaders.

“The invitation to advise governments from the host nation of Panama at CITES as a result of PADI’s letter of support has highlighted just how impactful taking direct action for the ocean can be when it comes to pushing the needle for creating positive ocean change,” says Ian Campbell, PADI AWARE Foundation, associate director of policy and campaigns.

PADI’s Torchbearers Lighting the Way for a Brighter Ocean Future

Richardson reveals that PADI is working to create 1 billion torchbearers to explore and protect the ocean. These torchbearers are passionately committed to our blue planet and creating positive ocean change.

“If we can get a billion souls on the planet to do one thing to protect the ocean, that’s global impact,” Richardson adds.

Helping lead the way in garnering more ocean torchbearers are PADI’s AmbassaDivers, who hail from all four corners of the globe.

Andre Miller of Barbados, who is a PADI AmbassaDiver, says being a student at the University of Miami inspired him to head home to set his sights on restoring and transplanting coral as a marine biologist and become a PADI instructor in the Coastal Zone Management Unit. “My goal is to get more people to slow down and smell the ocean,” Miller explains. “We have to reverse as much damage as we have caused.”

Miller says he continues to spearhead ocean conservation through his two dive shops: Barbados Blue in Barbados and Eco Dive in Grenada. Eco Dive Grenada received the PADI Green Star Award in 2011. The award is given to PADI dive centers and resorts for demonstrating conservation leadership, recycling, and donations to PADI AWARE.

“We want to rally our global community of dive centers and resorts, professionals and those who are certified with us to be the change and take direct action to protect our shared blue planet,” Richardson says. “We’re about exploration in a meaningful way and using our adventurous spirit to bring the threats that plague the ocean to the forefront of people’s minds in a more hopeful way.”

PADI, adds Richardson, is offering a way to create balance between humanity and the ocean.

“We will do this by rallying millions of Ocean Torchbearers — a global force for good that can be mobilized to restore ocean health and support our coastal communities around the world.

“It will take all of us working together, united by our passion and armed with a clear plan of action to turn the dial toward a healthy future for people and planet.”