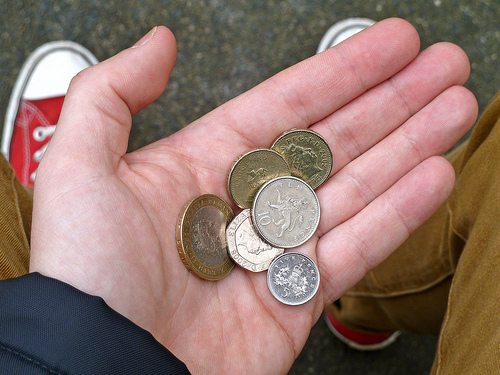 Employers with this certification pay all workers over the age of 18 rates of at least £8.55 an hour in London, and £7.45 elsewhere in the UK. This is significantly higher than the national minimum wage of £6.19 for employees aged 21 and over.

The living wage is worked out according to the cost of living in the UK and is revised every year. The new calculation will be announced during Living Wage Week, which starts on November 4.

Richard Wilcox, Unity Trust Bank managing director, said, “People may be surprised a bank feels it necessary to be recognised as a Living Wage employer, but we want to be sure all the workers we pay – particularly those beginning their careers – receive a fair wage they can live on.”

“Our people are our best asset. As a socially responsible bank founded on strong social values, this is a natural step for Unity. We will continue to reinvest our profits into the business to ensure we can support our customers in the future, while also sharing the wealth with our committed workforce and other civil society shareholders.”

Currently, 277 employers in the UK are accredited by the Living Wage Foundation.  They include Deloitte, PricewaterhouseCoopers, Unicef, TUC and Aviva.

According to a report published in January by the Resolution Foundation and the Institute of Public Policy Research (IPPR), over 5 million people are paid less than the living wage, with three million of these being women.

The report claimed that that the national implementation of the living wage could reduce working poverty while also bringing significant public savings. It estimates that the introduction of a national living wage would add around £6.5 billion to the gross annual earnings of the country’s employees.

It concludes that overall, this could save the government over £2 billion a year in the form of higher income tax and national insurance, alongside lower spending on benefits and tax credits.

Commenting on the January report, Kayte Lawton, a senior research fellow at IPPR, said, “At a time when typical wages have flatlined but prices have continued rising, concerted action to drive up levels of pay for low earners is an essential component in the improvement of living standards.

“As a first step, making sure that all council staff in London are paid at least the living wage wouldn’t cost very much but would be an important symbol of political leadership. Councils in other parts of the country, like Glasgow and Newcastle, have shown that the living wage can be affordable even though the costs are higher.”