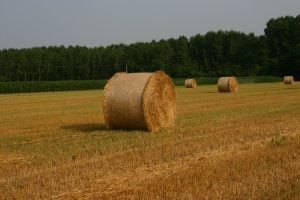 Wheat yields estimated to fall 6% for every 1C temperature increase

Globally wheat yields will see a 6% decrease for every 1C temperature increase, according to new research. The study highlights the impact climate change will have on the global food system and could push prices higher.

Leaders have agreed to try and limit global warming to 2C, above which scientists fear irreversible tipping points will be crossed, resulting in a less than 12% decrease in wheat yields. However, studies and experts have commented that governments, businesses and civil society are still not doing enough to make the 2C limit goal achievable, potentially leading to greater impact on wheat.

A growing population further exacerbates the issue. Population increases and changing diets mean the world needs to produce 70% more food by 2050, according to a UN backed report published last year.

The latest piece of research, which involved universities and institutions across the world, also adds that the effect of climate change “become more variable over space and time”.

In a letter published in the journal Nature Climate Change, the researchers explain that crop models are essential tools for assessing the threat climate change poses to local and global food production systems. They note that current models used to predict wheat grain yields are “highly uncertain” when simulating how increasing temperatures will have an impact.

“Understanding how different climate factors interact and impact food production is essential when reaching decisions on how to adapt to the effect of climate change,” the researchers continue.

“To implement such strategies the contribution of various climate variable on crop yields need to be separated and quantified. For instance, a change in temperature will require a different adaption strategy than a change in rainfall.”

Climate change will affect the whole food system, not just wheat production, although the effects are uncertain. A recent study suggested that climate change, from rising temperatures to changing precipitation levels, could result in anywhere between an 18% decline in food production to a 3% increase.