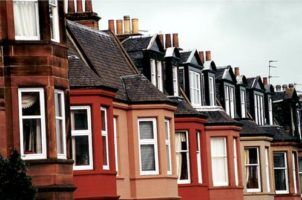 Tired of treating your utility bills like live ammunition? If you live in an old, drafty home with outdated appliances and dowdy fixtures, you don’t have to.

All five of these cost-effective home energy efficiency fixes pay for themselves over time, and some actually boost your home’s resale value besides.

1. Seal Your Windows and Doors

Drafty windows and doors can wreak havoc on your home’s energy profile — and force your heating and cooling systems to work a lot harder. With a tube of silica caulk or a bundle of weatherstripping, you can dramatically increase the efficiency of your old windows and doors without spending thousands on entirely new fixtures. While you’re at it, look for smaller leaks around your home’s outside spigot, electrical outlets, cable inlets and other entry points.

2. Spring for a New Furnace or Boiler

If you can’t stomach the cost of a brand new furnace or boiler at the moment, consider a more cost-effective option, such as leasing. Rental costs generally run less than $90 per month, even for top-of-the-line equipment — well within most homeowners’ budgets, and a small price to pay for indoor comfort besides.

Incandescent lights are so 20th century. LEDs are the wave of the future. As homeowners across North America adopt LEDs, their per-unit costs are dropping like a rock. In bulk, they’re cost-competitive with CFLs, and nearly on par with incandescents. Of course, they’re much more efficient than both, and far more environmentally friendly than CFLs, which contain mercury.

4. Swap Your AC for a Swamp Cooler

Alas, evaporative coolers aren’t appropriate for every homeowner. To work properly, coolers need consistently low relative humidity — under 50%, and ideally under 30%. That means they’re really only appropriate in the western half of the United States and the southern reaches of Saskatchewan, Alberta, and British Columbia.

What’s your GPF? No matter how nice your massive porcelain throne looks in your disco-era bathroom, it’s time to upgrade to a modern version that uses water a little more judiciously. Same goes for your showerheads and faucets. Thanks to advances in plumbing technology, low flow fixtures are no less powerful or effective than their inefficient predecessors.

Banish the Drafty Blues and Save Some Green

These five projects are just the tip of the energy efficiency iceberg. If you really want to get a handle on your home’s energy profile and build a logical list of cost-effective home efficiency improvement projects, consider a home energy audit or spring for a professional home energy assessment offered by your local government or utility. Many governments and utilities subsidize professional assessments, reducing or eliminating the out-of-pocket expense. And remember, you’re likely to earn back whatever you pay up front — and then some — if you act on the assessment’s findings.