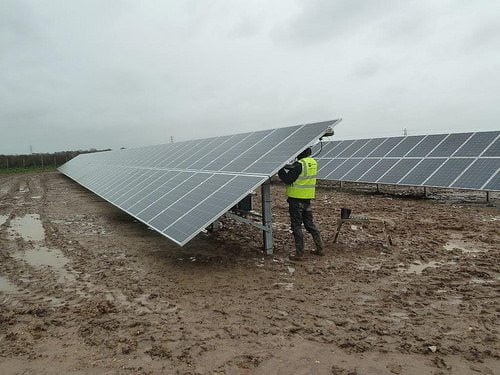 Renewable energy crowdfunding platform Abundance Generation has raised £665,000 from 530 investors for two solar farms in Kent, which are expected to generate inflation-linked returns of 7.35%.

The BNRG Gors projects, developed by BNRG Renewables, have a capacity of 249 kilowatts (kW) and managed to raise £250,000 in just 17 days when they was first launched in December.

Bruce Davis, co-founder and joint managing director of Abundance Generation, said, “Our customers invest with us for many reasons, but ultimately they all want to make money by helping to do good.  BNRG Gorse provides another chance to invest in renewable energy, meaning you can make money while supporting the planet.

“By having a direct link to retail price index (RPI) each year, plus interest on top, this project means investors will beat inflation (before tax), while knowing their money is being put to productive use in Britain’s real economy”.

Investors will enjoy inflation-linked returns of 7.35% paid in April and September each year over the 20-year term of the project.

Caroline White, one of those who invested in the project, commented, “I’m doing this for my children really. It’s a long-term investment at 20 years, which I feel is very clear, tangible and real. Of course it’s ethical, and I do believe in doing the right thing, but there are likely to be healthy returns too. So, it’s win win”.

Abundance, which was among the winners of the Ashden Awards in May for its work in the clean energy sector, previously launched the Engynious Schools project, with the aim of installing solar panels on the roofs of 19 English schools.