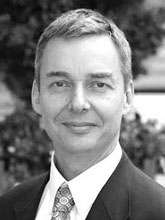 Ex-diplomat John Ashton CBE will share his recent experiences from the front line of the intensifying struggle over fracking in England at a Scottish Parliamentary reception tonight. The UK’s former climate envoy, who is visiting Edinburgh as a guest of Friends of the Earth Scotland, will talk to cross-party MSPs just days ahead of the SNP debate on the future of fracking at their Party conference.

John Ashton CBE is an independent activist and speaker, and has been a significant voice in the campaign against fracking in Lancashire and other parts of England. He is a member of the Advisory Board of Post-Crash Economics, and a Visiting Professor at the London School of Economics, and at the London University School of Oriental and African Studies (SOAS). His is Director for Strategic Partnerships at LEAD International, and is the founder and CEO of Third Generation Environmentalism (E3G). From 2006-12 he was the UK’s chief diplomatic envoy on climate change, in his capacity as Special Representative for Climate Change for three successive UK Foreign Secretaries.

In his address Mr Ashton will set out why, since leaving Government in 2012, he has become a vocal critic of the effort to commercialise fracking in England. He will explain why he has come to see successful resistance to unconventional hydrocarbon extraction as crucial for the UK’s response to climate change, for the rebuilding of trust and participation in its democracy, for the effort to build a prosperous, modern economy; and for the wellbeing of local communities.

In addressing these questions he will draw from his work with concerned communities in England, including the recent planning showdown in Lancashire; his high level activities as a climate diplomat; and his knowledge over decades of the government and political processes at Westminster, Brussels and elsewhere.

He will be joined on videolink by Dr Lynn R. Goldman of George Washington University, an epidemiologist and former US Environmental Protection Agency regulator who was closely involved in the public health study which led New York State to ban fracking outright in December 2014. As Dean of Milken Institute SPH, Dr. Goldman’s responsibilities are informed by her broad and deep public policy and academic experience.  She joined the school in August 2010 from Johns Hopkins University Bloomberg School of Public Health, where she had been Professor of Environmental Health Sciences since July 2000.

Mr Ashton will also be covering these themes in a public lecture in Edinburgh on Thursday 8th October. Beforehand, he will meet representatives from the Broad Alliance, a network of community groups resisting unconventional gas developments across Scotland. He will also visit Grangemouth, the petrochemical plant owned by Ineos, that is planning to exploit shale gas through fracking in Scotland’s central belt.

Mr Ashton’s visit comes as pressure on the Scottish Government to ban all forms of unconventional fossil fuel extraction is mounting.

John Ashton said:  “I am delighted to have this opportunity to learn at first hand about the debate in Scotland on fracking, underground coal gasification and coal-bed methane. The attempt to commercialise these processes raises fundamental questions about our response to climate change, and about the kind of society we want to build. Scottish people will answer these questions for Scotland. But we will all make better choices if we listen carefully to the voice of affected communities, and if we learn from each other’s experiences across the UK.”

Dr Lynn Goldman said: “Scotland joins the United States and other countries that are carefully considering the complex public health, regulatory and policy issues surrounding fracking.  I am pleased to be able to share my experience in evaluating some of the scientific evidence related to fracking, climate change and public health.”

Dr Richard Dixon, Director of Friends of the Earth Scotland, said: “There is worldwide concern about the local and global impacts of unconventional fossil fuels.  We are delighted to be able to present experience from outside Scotland to help take forward the debate here.  We’re convinced that the evidence of health risks and environment impact will eventually lead to a total ban unconventional fossil fuels in Scotland.”