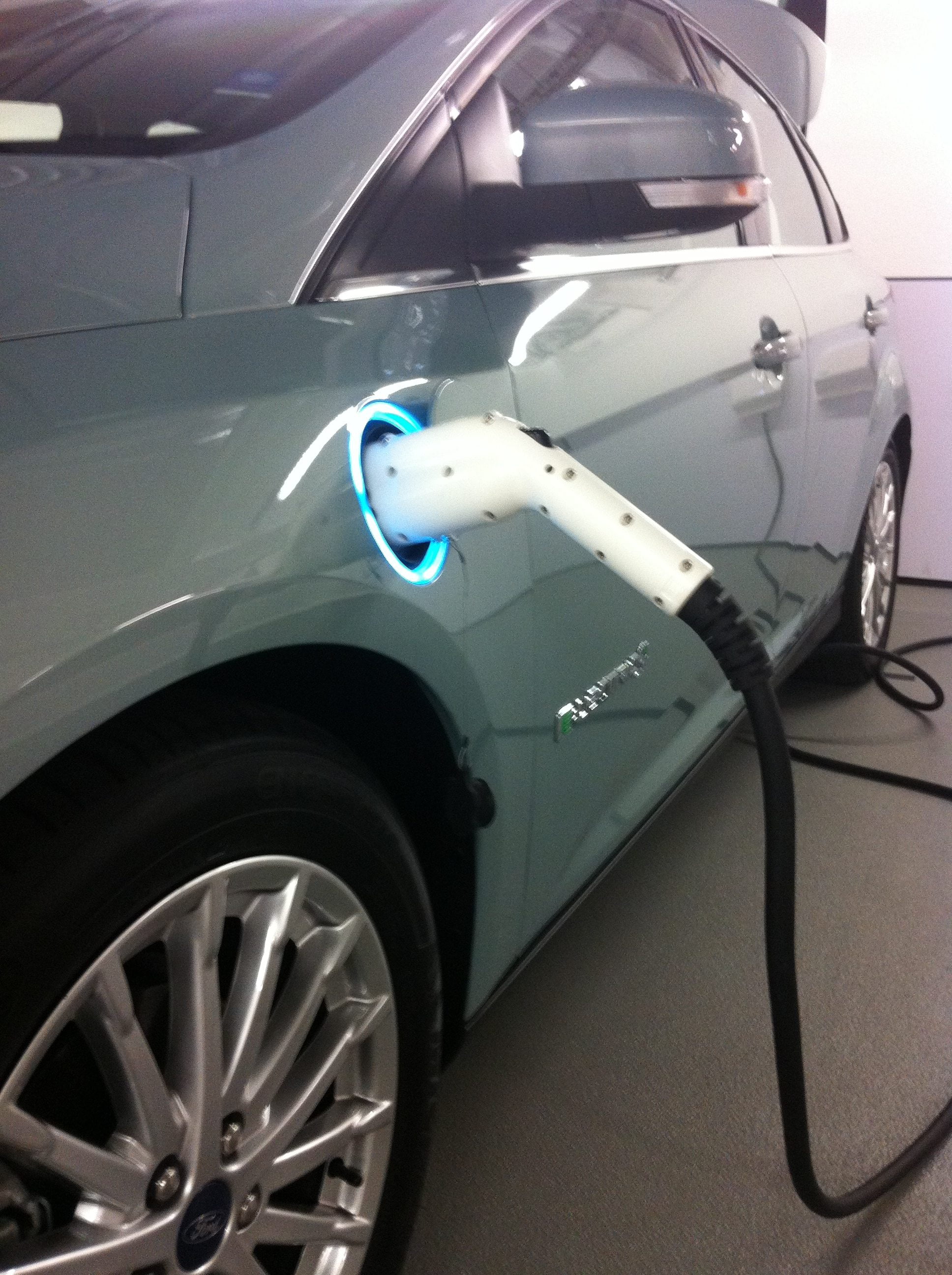 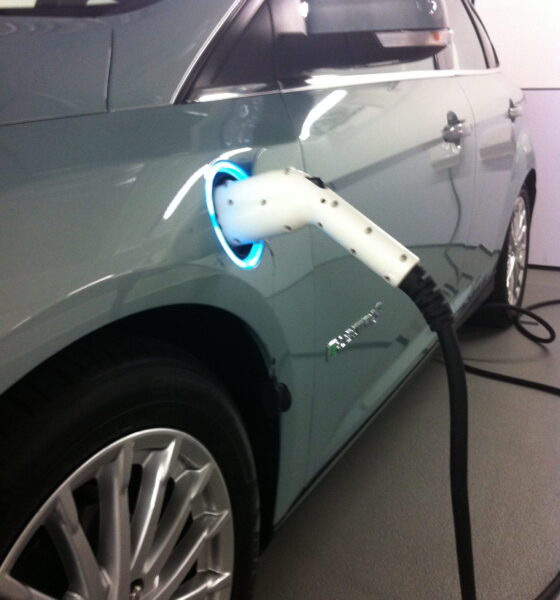 In September, I attended an event hosted by Ford in Frankfurt, introducing journalists to its new electric and hybrid range of cars. The journey itself was fitting. Trekking from the modest setting of Doncaster to the glass monoliths of Heathrow airport, and then to Frankfurt, with its monorails and even bigger glass monoliths, there was a distinct feeling of travelling into the future.

Our perceptions of the future more often than not includes some form of electric vehicle, flying or otherwise. Yet many see electric cars in the same category as hologram TVs or hoverboards. The New York Times said that the electric car has long been recognised as “ideal” as it was cleaner, quieter and much more economical than gasoline-powered cars: an apt quote for 2013, yet it was published in 1911. In 1915, the Washington Post wrote, “Prices on electric cars will continue to drop until they are within reach of the average family.”

Ford made its first electric car exactly 100 years ago, when, with a helping hand from Thomas Edison, it built a non-production electrified version of the Model T. However, its success was crippled by the limited battery technology of the time.

It may be reasonable to ask why, considering the technological advancements made in these 100 years, so many of us are still driving gas guzzlers. There are currently (according to Ford’s figures) around 270,000 electric vehicles (EVs) on the road worldwide. But to many, they still seem unusual, unnecessary, or at least undesirable.

A Ford-sponsored poll of 6,000 Europeans found that 54% of respondents believe that climate change is the biggest problem the world faces today, while 72% think EVs are better for the environment. But only 23% want to take efforts – including switching to electric car use – to change their future travel behavior to be greener.

However Barb Samardzich, vice-president of product development at Ford of Europe, said he saw such figures as cause for optimism. “European customers care deeply about the environment and are increasingly seeing electrified vehicles as a way of balancing those concerns with a commitment to car ownership”, he added.

With this optimism, the Ford Focus Electric is now on sale in the UK. It can achieve a top speed of 85mph with a driving range of 100 miles on a single charge – with charging time varying between 10-11 hours or 3-4 hours depending on the station.

After introductory talks in an absurdly fashionable Frankfurt hotel, the assorted crowd, largely made of automotive journalists, was invited to test drive the Focus Electric, as well as the hybrids C-MAX Energi and Fusion Hybrid, through the picturesque streets of Frankfurt.

As an unseasoned traveller whose experience on European right-sided roads consists entirely of trying to not be run over, it was suggested that I was perhaps better off in the passenger seat.

So while this article is far from an authoritative automotive review, I was assured that the Focus Electric is an almost indistinguishable drive from the standard Focus, save for its ghostly silence.

Speaking at the event was Robert Llewellyn – perhaps best known as Kryten in Red Dwarf, or for his boundlessly enthusiastic presenting of Scrapheap Challenge – now a staunch advocate of electric cars.

Llewellyn made some excellent points that debunked some of the shorthand daggers that are all too often used to puncture EV’ tires.

One of the most common putdowns, he said, he has encountered in his time as an EV driver is that “you and your green tofu-eating, sandal-wearing ecocar are dirtier than my 19-year-old diesel that’s done 50,000 miles.”

Sceptics often disregard EVs on the basis that the electricity used to fuel them has itself been produced using carbon intensive methods. This is true, to an extent. However, most EV drivers charge their cars at night. At night, lower demand means that the National Grid does not have to use all available energy sources, and can be more selective.

This means the electricity you use at night comes from comparatively high levels of nuclear and renewable sources. “The actual electricity that goes into the car is of the lowest CO2 possible”, Llewellyn explained.

With the help of a home solar panel installation, the environmental benefits, not to mention the savings, can get even better. Llewellyn claimed that last year, free solar energy added 4,500 miles to his travels. In his latest car, driving for 32,000 miles has cost him less than £600.

There are of course enduring issues with EVs. Range is one of them. Local government grants are aiding councils in installing more electric vehicle charge points across the UK, but EVs are, for the foreseeable future, far more practical for the city navigator than the rural voyager.

The other obstacle is the price tag, which can mitigate fuel savings at least in the short-term. The Focus Electric is priced from £33,500 but with an on-the-road price of £28,500 allowing for the £5,000 government plug-in car grant. An average Focus would could at least £10,000 less, meaning that almost 100 years on, the Washington Post’s prophecy arguably still hasn’t been realised. The Focus Electric has initially only been launched in small volume, and the company expect sales to depend largely on fleet purchases.

Roland Krüger, head of Ford of Europe’s electric powertrain development, insisted that competitive pricing must be the next step. Electrification, he argued, must happen, as rapidly rising global populations will bring more and more drivers onto the road.

Similarly, the UK government has said every new car sold in 2040 should be an electric or hydrogen vehicle. In September, the Department of Transport hailed a new strategy for the future of low-emission cars. Transport minister Norman Baker said, “Our vision is that by 2050 almost every car and van will be an ultra low-emission vehicle with the UK at the forefront of their design, development and manufacture.”

BMW’s recent advertising campaign for its i3 model also tells us “The time to become electric is now”. But as this is something we have been told for about 100 years, scepticism may be a fair reaction.

Like those people who keep saying that Fernando Torres is a good footballer once again, it’s hard to know whether to trust those who say that this time, it really is the dawn of the electric car.

However, the Intergovernmental Panel on Climate Change’s latest report made it clear that the global economy must be decarbonised. The challenge is monumental, and EVs could be an important piece of the puzzle. Hybrids may play a more immediate role, but research published in July predicted that EV sales will rise by more than 200% by the end of the decade.

The necessity of the decarbonisation of our streets has never been greater. So maybe this time, the future is not so far away.