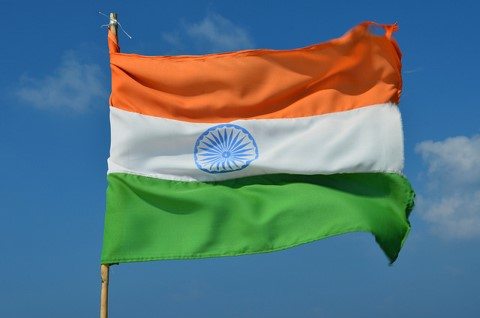 The Indian Government is likely to overachieve its 2030 climate intensity target without having to implement any new policies, the Climate Action Tracker (CAT) said today.

In its climate plan (INDC), submitted to the UN late last week, India has stated it would reduce the emissions intensity of its economy by 33­–35% below 2005 levels by 2030 and increase the share of its non-fossil energy power generation capacity to 40% by the same date.

With the policies it currently has in place, including its already-announced target of 175 GW of renewable energy by 2022, the CAT estimates India would achieve an around 41.5%  reduction in emissions intensity of GDP by 2030 – exceeding its new target.  The 175 GW of renewable energy by 2022 already gets the share of non-fossil capacity to 36% by 2030.

Achieving its stated 40% share of non-fossil capacity by 2030 would also mean India would exceed the intensity target by an even wider margin – an energy intensity reduction of 41–44% below 2005 levels.  However, this target is conditional on international funding.

“India has been unnecessarily cautious in setting its emissions intensity target. Taking up stronger action will not only reduce emissions but also be beneficial for the Indian economy,” said Prof Kornelis Blok of Ecofys.

India’s Ministry of Power announced in April 2015 that every new coal-fired power plant would have to be accompanied by a renewable power plant of at least 10% of the generating capacity.  It also has a wide range of other policies, such as a coal tax.

“Given the supporting mechanisms and policies in place, it is expected to be feasible that India will meet its ambitious renewable energy targets,” said Blok.

Over the next decade, India is likely to have the fastest-growing electricity market among the biggest economies in the world, and the biggest driver of this is its growing population, due to surpass China to become the world’s largest population by 2028.

The CAT has looked at India’s projections for growth in electricity generation, and notes that the growth in coal-fired generating capacity to 2030 would still be significantly larger than the increase in renewable/non-fossil capacity over the same period.

“This continued growth in coal-fired power generation would lead to a greater lock-in of carbon-intensive power infrastructure in India than appears necessary. Locking in such infrastructure will have a long-term impact on warming,” said Bill Hare of Climate Analytics.

The CAT also found the Indian Government’s description of its INDC to be lacking detail.

“India could increase the transparency of its INDC by outlining the greenhouse gas and sectoral coverage and GDP metric for its intensity target, as well as the way it envisages it will achieve the non-fossil power capacity target,” said Dr Louise Jeffery of the Potsdam Institute for Climate Impact Research. “As a result of this lack of detail, we have had to make assumptions in our analysis.”

She noted that India also doesn’t say whether agriculture—excluded in India’s 2020 pledge— is included in the intensity target, and does not mention whether its very large forest sink target of 2-3.5GtC02e is cumulative, which the CAT has also had to assume.

Looking to perform business and financial transactions in India? You must apply for a PAN card. You can do so by visiting https://www.pancardapply.in