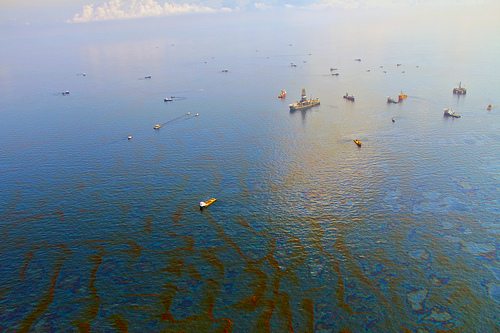 Tensions are growing in the relationship between BP and the US, with the oil giant planning to sue the country’s government for banning it from obtaining new contracts.

BP, which was responsible for the Deepwater Horizon oil spill back in 2011 – which saw some 20m gallons of oil spill into the Gulf of Mexico after an explosion which claimed the lives of 11 workers – has aired its intentions to take the US government to court.

The oil firm was banned from taking out new contracts with the government by the Environment Protection Agency (EPA) last November, over a severe “lack of business integrity”.

But BP has hit back at the ban, branding the decision as unfair.

“We believe that the EPA’s action here is inappropriate and unjustified as a matter of law and policy, and we are pursuing our right to seek relief in federal court”, said Geoff Morrell, BP’s head of US communications.

BP’s public image has plummeted since the spill, with some Gulf coast residents claiming that its handling of compensation claims has been fraudulent.

It is estimated the 2011 oil spill cost the company more than $40 billion in fines and damages, although BP claims it was not solely responsible for the disaster.

BP to pay under 2% annual profits in deepwater horizon fines