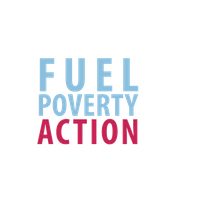 Fuel Poverty Action campaigners will attend the Centrica AGM tomorrow to demand compensation for customers they say have suffered from British Gas extortion and bullying, beginning with people who have been forced onto pre-payment meters and then charged hundreds of pounds more than a fair price.

Shareholders plan to ask the Board to state British Gas’s share of the £2.5 billion that the Competition and Marketing Authority found energy companies overcharged their customers last year, in particular those on pre-payment meters who are generally the poorest and most vulnerable (1).

They will also call on the company to end the practice of ‘break-ins’ for the forced installation of pre-payment meters, often against the will of customers as well as Ofgem rules. The practice was recently exposed by the BBC’s Panorama programme (2).

Their demands will be backed up by a letter to CEO Iain Conn, who was paid £3 million in 2015, laying out what they call the company’s “predatory practices”, and quoting the first hand experiences of British Gas customers (3).

The AGM will take place at the Queen Elizabeth 2 Conference Centre, Westminster, from 11.00 a.m. on Monday 18 April.

“I was awoken today by two British Gas meter fitters. They had a warrant from the magistrates court to put a gas meter OUTSIDE my bungalow. They could plainly see I could not walk well and that I had a walker and a crutch and a wheelchair. They started asking the neighbours if I could walk ok and telling them I how much I owed…. They left me screaming and crying and having an asthma attack. When the gas goes I will have no gas at all. I haven’t got a card to get any more and I can’t go outside to put any in or see if I have any credit, I have no idea how it works. Is there anything I can do. They have frauded the court because they never informed the judge that I was disabled and ill.”

“After a year that saw record numbers of winter deaths, we have the spectacle of British Gas celebrating their latest bumper profits. British Gas is abusing its power to systematically extort money from a huge swathe of the population, and in particular the most vulnerable. As the litany of abuses uncovered by regulators and investigative journalists continues, we will be challenging British Gas to pay back the money they have taken by their predatory practices, money people need to keep warm and to eat.”