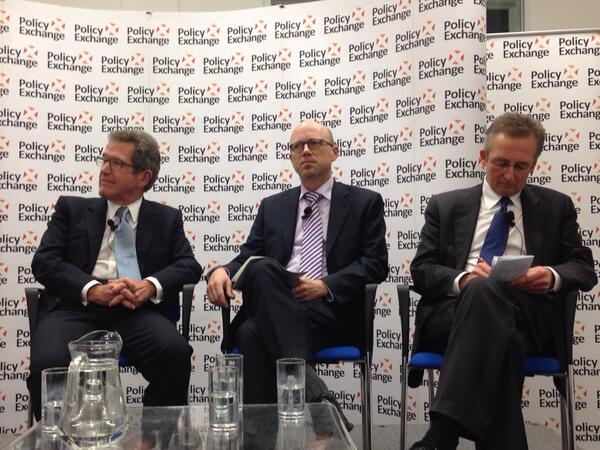 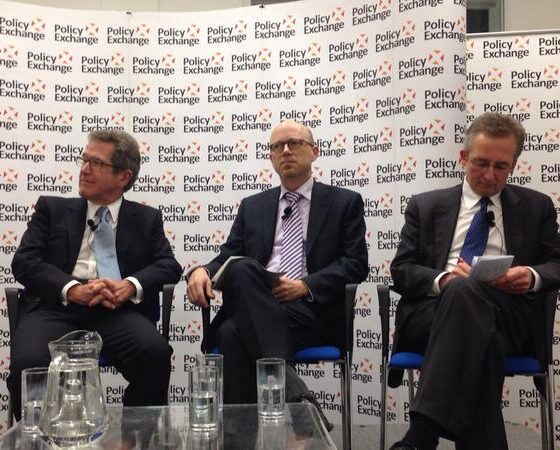 Can shale gas solve Europe’s energy and climate challenges? That was the question on the table at an event hosted by the thinktank Policy Exchange on Thursday evening. Tasked with providing some answers were Jason Anderson of the WWF, economist Prof Dieter Helm from the University of Oxford and former BP chief executive Lord Browne, who is now head of the UK-based shale gas extraction firm Cuadrilla.

The debate’s chair was Guy Newey, Policy Exchange’s head of energy and environment. In his opening remarks he made the point that shale gas – and its associated extraction method fracking – represented a small share of Britain’s energy future two years ago. This was around the time the thinktank produced its Gas Works? report on the policy implications. Now shale gas is a major topic of discussion and seems central to the government’s plan for energy.

Lord Browne delivered his opening statement first. A peer since 2001 and a former president of the Royal Academy of Engineering, he is best remembered for leading BP for 12 years. Since leaving the oil supermajor in 2007, he has been a partner at private equity group Riverstone, co-leading the world’s largest renewable energy fund. More recently, it is his role as Cuadrilla chief executive that has thrust him in the media spotlight most often.

Browne described shale gas as “abundant” and “low-carbon”. He made the analogy that the EU’s carbon budget was a diet; it was was eating a lot of ice cream and salad (i.e. using an increasing amount of coal and renewables). Instead, he said the mix needed to be “rebalanced” – with gas a central player – which would help Europe meet its carbon reduction targets.

Jason Anderson, head of European climate change and energy policy at the environmental campaign group WWF, spoke next. He opened with a reference towards “unburnable carbon”. These are major fossil fuel reserves that leading economists and climate scientists say need to be left in the ground if the world wants a fighting chance of tackling climate change. He said that gas was preferable to coal – which was singled out as the villain during the event – but that there was a “narrow window” for decarbonisation, and we needed to act fast.

The final panellist was the economist Dieter Helm, professor of energy policy at the University of Oxford. He pulled no punches in his opening remarks. He described EU energy policy as a “complete shambles” and said Europe was “a million miles” from a decarbonisation path. He added that in countries like Germany and France, which had banned fracking, the “consistent” climate position must be to outlaw coal as well. In fact, they had not done so, and in some cases had built more coal plants.

Opening the discussion to the floor, coal was yet again held up for criticism. Helm claimed those who care about climate change should be concentrating their efforts on getting rid of coal, which is by far the most polluting of all fossil fuels. “Everything else is for the birds”, he added. Meanwhile Browne said coal “will not go away by itself” and a carbon tax was needed in order to truly reduce its output. Helm has long argued for such a policy and so agreed with this point.

With regards to shale gas, the Cuadrilla chief called for an independent group of people to really analyse the data in a bid to enhance the debate. “That won’t be someone who has a vested interest in [shale gas] like me”, he clarified.

Speaking about what shale gas could do to prices, Helm said while it was true it had dramatically lowered prices in the US, this was because gas was rarely traded outside the country. He added, “[Gas has] its own market. There are hardly any exports [and] a limited amount of imports, and so supply and demand determines the price in the US.” In the UK, there is a common price for gas because it forms part of an interconnected wholesale market with other European countries.

One of the main arguments against fracking relates to its environmental impact. The shale gas extraction method works by blasting rocks with water and chemicals. These then fracture the rocks and release the natural gas contained within them. As a result of this process, various studies have linked it to water contamination, methane leakage and an increased risk of earthquakes.

A resident in the audience from Balcombe – the Sussex village where Cuadrilla had conducted exploratory drilling – asked about the research into fugitive methane emissions from fracking. Browne described the studies as “controversial” and said their findings were “not agreed by many people”.

One particular point that divided opinion among panellists was the role of renewable energy in the energy and climate debate. Helm said he didn’t believe current renewable technologies like wind and solar can solve climate change: “It’s the next generation of renewables that really will wipe the floor of these things… If they won’t, we’re stuffed.”

Anderson of the WWF disagreed. He said this “next generation” – which Helm described as things like next generation solar, geothermal, 3D printing, batteries and storage technology – will not become commercially viable soon enough. “We have actually far more value in renewable energy value chains, aside from the piece of technology you put on your roof or out in a field, and you need to develop those robustly”, Anderson continued. He argued the current generation of technology can easily achieve the EU’s renewables targets for 2020 and 2030. And in meeting these, we were creating the knowhow and market conditions for the next generation.

The consensus appeared to be that shale gas was a lesser evil than coal – which panellists agreed was the most harmful fossil fuel – and it could play a role in decarbonisation. That said, polling suggests the public are not entirely behind the technology. There are also key questions about environmental impact still to be addressed.

All the while, the challenge of climate change is not going away. Therefore, adding another polluting fossil fuel to the energy mix – regardless of its relatively lower carbon emissions – when there are viable clean alternatives available, does seem counter-intuitive.

The full debate can be heard here.