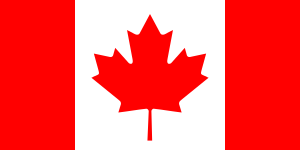 The report, written by Torrie Smith Associates with the support of Bloomberg Philanthropies and Stockholm Environment Institute, found that Canadian cities and local governments are essential to creating a breakthrough for a low carbon future in Canada. More than 80 percent of Canadian citizens live in the top 10 largest metropolitan areas – making Canada’s population among the most urban globally.  Despite this fact, only 46 percent of Canada’s overall emission footprint is generated in urban areas, compared with the global average of 70 percent.

Canadian cities, like cities around the globe, are on the front lines of climate change and feeling its effects most acutely. And with 40%-50% percent of assets driving GHG emissions in Canada falling under the direct or indirect control of local governments, it is clear that Canadian cities are poised to be climate leaders.

Cities in Canada are already leading in many ways, with nearly 300 municipalities, representing 90 percent of the urban population, being members of the Partners for Climate Protection. Further, per capita emissions in Canada’s cities have fallen by 20 percent during the last 25 years.

To complement and expedite the progress cities are already making, the report highlights the following opportunities for Canadian cities to achieve low-carbon urban development:

– Focus on actions outside of energy – while efficiency and renewable energy are necessary for achieving low carbon futures, they must be accompanied by changes outside the energy system, including comprehensive climate action planning, to meet deep emission reduction targets by 2050.

– Deploy pilot projects and they will catch on – Canadian cities are concentrated and relatively dense population centers, therefore, when new techniques and technologies are introduced, they can spread quickly (with appropriate financial and logistical support); as such, demonstrations and pilot projects are particularly important at this stage in the energy transition.

– Advocate curbing emissions sectors beyond direct urban control to increase impact – Canada’s most GHG intensive activities take place in industrial chemical production, mining and smelting, petroleum production, pulp and paper production, agriculture and freight industries. However, the report found that these industries do not make a significant contribution to urban GHG emissions due to the fact that their outputs are destined largely for export markets. As a result, other sectors must be explored for greater impact.

Canadian cities and municipalities including Toronto, Montreal, Vancouver, Windsor and Halifax, are also addressing climate change by committing to The Compact of Mayors, a global coalition of mayors and city officials pledging to reduce local greenhouse gas emissions, enhance resilience to climate change, and track their progress transparently. These cities are taking measures such as converting HPS streetlights to LED streetlights in Windsor, or adopting a renewable energy program to promote the uptake of solar energy in Halifax.