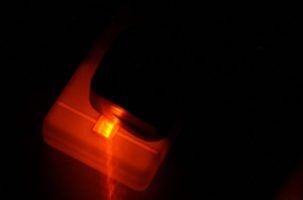 An Edinburgh housing estate will reap the rewards of a new green energy scheme, through cheaper energy bills.

People living in Dumbiedykes can look forward to lower costs after the Tower Power project received a funding award of £821,200 from the Scottish Government’s Local Energy Challenge Fund. The Tower Power project supports a Comas initiative in the community called 20 More, which aims to make households better off.

Ruth Campbell, Chief Executive of Comas, said: “Fuel poverty is a major aspect of the experience of poverty in Scotland. This initiative is a practical solution which, coupled with action on food security and welfare benefits, can change a community for the better, financially and environmentally”.

In partnership with Community Energy Scotland, the project aims to secure a better deal for energy users by enabling them to buy energy collectively rather than via individual contracts with suppliers. Residents will also be able to maximise the value of electricity generated on site when solar panels are installed on the roofs, reducing the need to buy in energy.

Nicholas Gubbins, Chief Executive of Community Energy Scotland, said: “This funding award is brilliant news for the residents of Dumbiedykes, who will enjoy tremendous benefits from the Tower Power scheme.

“The initiative will offer people savings on their energy bills while marking a significant improvement in the way their energy is provided.

We look forward to continuing engaging with local people and helping them to save money on their electricity costs.

It is hoped that all 670 homes within the development will be able to benefit, while a co-operative will be established in the community to manage the scheme.

The funding boost came as the Scottish Government awarded more than £10 million to support nine large-scale, low carbon energy projects across the country via the Local Energy Challenge Fund.

“We are looking forward to working with the project teams over the next couple of years to see these ground-breaking ideas become a reality.

“Community energy represents tremendous potential to empower people to make the most of their local resources. By supporting local energy development we can help tackle some of our most pressing energy issues including fuel poverty, increasing costs and security of supply.

“It’s exciting to think that these projects have the potential to shape the future of Scotland’s local energy economies and act as demonstrators for other communities.”

The Local Energy Challenge Fund is part of the Scottish Government’s Community and Renewable Energy Scheme (CARES). It is managed by Local Energy Scotland, a consortium led by the Energy Saving Trust and including Changeworks, the Energy Agency, SCARF and the Wise Group, with support from Ricardo-AEA.

Tower Power is a partnership between Community Energy Scotland and community development agency Comas, The City of Edinburgh Council, Glasgow City Council, Tempus Energy with additional support from other technical and power suppliers.