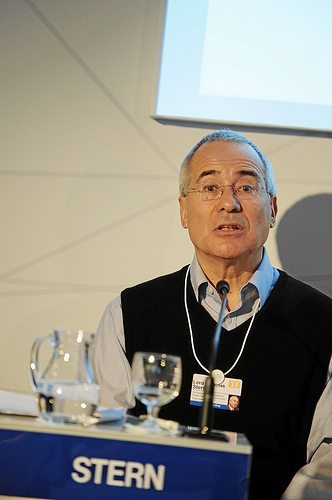 Leading economist has warned over David Cameron declaration that shale gas will help keeping gas prices down, but added that the environmental risks exist.

Lord Nicholas Stern, author of the Stern review on the economic implications of climate change and chair of the Grantham Research Institute on Climate Change at the London School of Economics, has said in an interview to the Independent that PM’s claims over benefits of fracking on energy bills are “baseless economics”.

“I do think it’s a bit odd to say you know that it will bring the price of gas down. That doesn’t look like sound economics to me. It’s baseless economics”, he said.

He referred to the David Cameron’s articles appeared in the Telegraph where the PM stated, “Fracking has real potential to drive energy bills down. Gas and electric bills can go down when our home-grown energy supply goes up”.

Lord Stern added that the government has not adequately considered side effects of fracking, like earth tremors, and its environmental impact such as groundwater pollution.

“There are major questions around fracking and those questions ought to be explored. We’ve not had a proper discussion on these serious issues”, he said.

Meanwhile, Greenpeace campaigners have ‘fracked’ Lancashire County Council in Preston, erecting a fracking rig and surrounding it with a high fence, amid the declaration that fracking firm Cuadrilla is considering restarting explorations in Lancashire.

Liz Stanton Greenpeace supporter and Preston resident said, “Cuadrilla is proposing to invade precious parts of Lancashire with trucks, drills, flares and chemicals. They’re even planning on drilling under people’s homes without permission.

“This is a case of big, rich companies exploiting the county for their own gain and leaving locals with very little. County councillors must say no.”