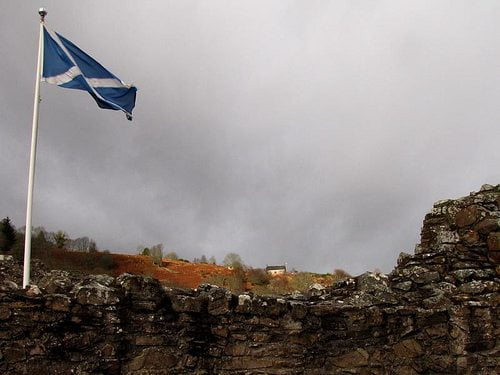 The energy and climate change secretary announced a £20m investment in Carbon Capture and Storage (CCS) technology at a plant in Scotland on Saturday, as Edinburgh and Westminster cabinets prepare to meet on Monday.

Ed Davey made the announcement on Saturday as part of the government’s wider plans for the Scottish energy industry.

The plans include founding a steering group to investigate concerns of the Scottish Islands rate of development for renewable projects, providing £20 million worth of funding for CCS and awarding £5 million to be awarded to the local authority or third sector organisation to come up with the “most innovative” idea for switching initiatives.

Speaking on BBC Radio 4’s Today programme on Monday, Davey denied that the measures were intended as a bribe for Scotland as the country prepares for its referendum on independence in September.

He said that they were part of the government’s long term plans to step up national efforts to tackle climate change with Scotland as part of the UK.

Davey said, “CCS is a key part of our aim to reduce carbon emissions from gas and coal in our future energy mix”.

“The UK is a leading nation in developing this new technology and the project announced today is another important step to our goal of a cost competitive CCS industry”.

He added, “CCS is a prime opportunity for UK manufacturing and I am delighted to see Scottish based companies like Howden and Doosan Power Systems, as well as MAST Carbon based in Basingstoke, seizing the opportunity to create jobs for skilled workers and growth for the economy”.