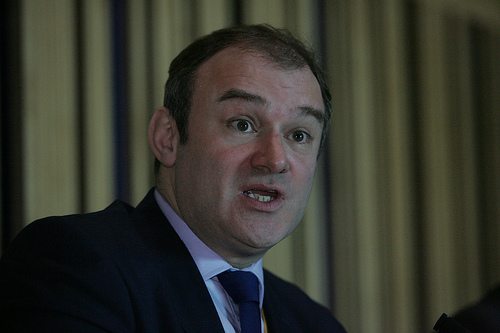 The energy secretary Ed Davey has turned up the heat on the energy debate, questioning whether some firms’ profit margins are too high.

In a letter to Andrew Wright, chief executive of the energy watchdog Ofgem, Davey that whilst most commentary has been on the electricity markets, 85% of households are connected to the gas grid, and two-thirds of their energy bills are accounted for by gas.

He also wrote to the Competition and Markets Authority, asking it to explore all possibilities, “including a break-up of any companies found to have monopoly power to the detriment of the customer”.

Davey added that the profit margin on gas was three times that of electricity on average, with some companies making around five times more on gas.

“One of the longstanding concerns about the current energy supply market is that the current big six energy suppliers still see their role as selling gas and electricity rather than having a different business model where the value proposition is to save households energy”, he said.

The Lib Dem energy secretary told the BBC Radio 4 Today programme that one of the main issues surrounding energy profits was transparency.

Labour’s Tom Greatrex, a shadow energy minister, took to Twitter to attack Davey’s comments. He said that it had taken two years for him to wake up to the need for transparency.

The debate around energy firms was sparked by Labour leader Ed Miliband, who used his party conference in September to hone in on rising prices for families. He pledged to freeze prices for two years if Labour won the 2015 general election.

Under Labour’s proposals, Ofgem would be abolished and replaced with a “tough new energy watchdog” with a 2030 decarbonisation target within the power sector. This, the party says, would “boost investor confidence”. It adds that it would give the Green Investment Bank new powers to leverage new investment.

British Gas was among the big six energy firms to announce winter price hikes with many, including the archbishop of Canterbury Justin Welby, calling on energy firms to reflect on their moral obligations to hard-pressed customers. Former conservative prime minister Sir John Major said that the hikes meant that many families would be forced to choose between heating and eating over the winter months.