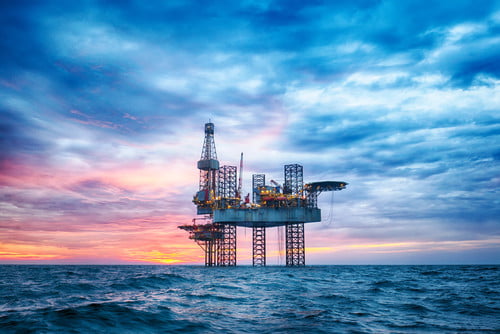 The oil and gas industry is typically last in mind when it comes to sustainability. These companies produce the very fossil fuels that will one day run out. Yet it’s an industry the entire world relies on. From powering your home to driving to work, people need fossil fuels to get on with their daily lives.

Still, climate change experts claim change must occur. A recent study found oil and gas mining rigs leak more greenhouse gasses than previously thought. With climate change deadlines on the horizon, many are asking ⁠— how much are these rigs leaking and what impact will it have on the environment?

The U.K. Oil and Gas Rigs

A team from Princeton University published an article in Atmospheric Chemistry and Physics after studying eight oil and gas rigs in the North Sea. These rigs, which sit off the coasts of England and Scotland, are responsible for mining natural gas and other petroleum-based materials from beneath the seafloor.

Each rig’s reported leakage was within acceptable industry parameters — less than 0.13% of each facility’s production. By using laser equipment set on small fishing boats, the research team found each rig leaked an additional 0.19% during normal operations — and even experienced methane leakage when not conducting operations that typically release greenhouse gases.

This 0.19% is equal to adding roughly 330,000 cars to British roadways. As the majority of the world attempts to lower its carbon emissions, policymakers may not have the information they need to make informed decisions about their country’s future.

The majority of these problems occur during natural gas drilling. Seeking oil is simple since it’s primarily found in a liquid form, allowing workers to drill and lay pipes. With natural gas, the process is more complicated, as the substance is in a gaseous form within rocks.

Workers must drill down to the natural gas and fracture the rock with electric charges. Then, they use liquid to force the gas up to the surface. With a skilled team at the helm, this practice is straightforward. However, if proper procedures aren’t followed, leaks may occur, costing the industry thousands and making decarbonization harder.

The study of North Sea oil and gas rigs isn’t the first to notice a leakage problem during normal operations. An article published in the journal Science in 2018 found the oil and gas industry in the United States leaks 13 million metric tons of methane every year. The losses are 60% higher than those estimated by the EPA.

While these losses are enormous, costing the industry upwards of $2 billion a year, it also represents a massive opportunity when it comes to reducing the industry’s carbon footprint. According to the International Energy Agency, global oil and gas rigs could reduce emissions by 75% and plug two-thirds of leaks at zero-net cost. This solution could potentially save the sector billions of dollars while working toward zero-emissions goals.

Even without the concern about greenhouse gas emissions, fossil fuels like oil and gas are finite resources. Eventually, the existing deposits will run out. According to scientists, there are approximately 30 years worth of oil reserves and 40 years worth of gas left to harvest. Coal could run out in as little as 70 years, and it will take the planet millions of years to create more.

The world has only 11 years left to prevent irreversible damage from climate change and avoid catastrophe, according to the United Nations. People worldwide must change their consumption habits to reduce waste. World leaders and corporations must also commit to cut carbon emissions. Experts believe climate change could threaten decades of development and progress. Now is the time for the world to take integrated action.

In response, many oil and gas companies have joined voluntary programs which support environmental scientists and restoration projects. One such project, Rigs to Reefs, turns decommissioned oil and gas rigs in the Gulf of Mexico into artificial reefs.

Retired structures are towed to a new location or toppled in place. The reef is designed to support local ecosystems which may have been damaged by the rig’s presence. One single oil or gas rig creates up to three acres of the artificial ecosystem. To date, the program has placed 470 rigs in the Gulf of Mexico.

Recycling is a vital sustainability component in the oil and gas sector. Used oil, for example, can be recycled into diesel fuel, which provides rigs with the fuel they need to operate. Using secondhand oil also costs less than disposing of the used fuel.

Facilities are developing ways to reduce the amount of freshwater required for operations. One method is to recycle water. Instead of using chemicals for purification, biological processes — such as sulfate and iron-eating bacteria — can recycle the fluid. A company can also release it back into the local water table without chemicals that can damage the ecosystem.

Looking Toward The Future

The future of the oil and gas industries is in a constant state of flux. Global communities are pushing toward complete de-carbonization. Plus, the fossil fuels we all rely on will eventually run out. For the long-term success in the oil and gas industry, companies need to look toward sustainable and green initiatives.

Ideally, humans should make strides to reduce dependence on fossil fuels. However, with past-faced consumerism, oil-powered vehicles and reliance on natural gas, the shift will take decades. The oil and gas industry must make small changes today toward a sustainable future. Companies should start with an energy audit, a complete look at total usage.

Some rigs have hidden leaks, which can cause emission rates to soar. By plugging leaks, companies can reduce their carbon footprint and save substantially, all at a zero-net cost. Manufacturers can also join sustainability projects, which provide guidelines for green implementation.

While you don’t have to transform old rigs into artificial reefs, you can learn how to re-use fuel and cut water waste.