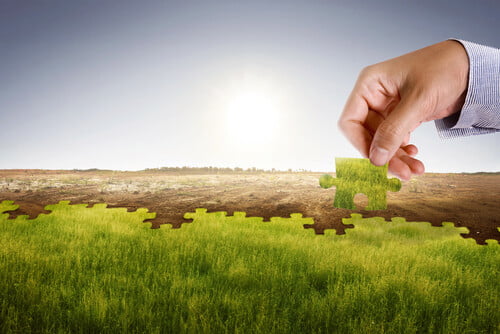 There are a number of reasons that the kratom market is growing. There are between 10 million and 15 million kratom users in the United States alone. One reason the market is growing could be due to its environmental benefits.

A study published in ResearchGate shows that there are many benefits of kratom. This includes some benefits to the environment.

Kratom, over the years, since the time of it was first discovered, has grown significantly. Globalization has caused demand to explode, which has had a great impact on countries’ economies. Unlike its cold reception in the 90s and early 2000s, the drug is receiving growing massively in popularity day by day in ways that cannot be predicted with conventional market models. The kratom industry is experiencing a boom recently despite the weighty controversies and legislative measures challenging kratom businesses.

Some experts speculate the environmental benefits of kratom are playing a key role. Kratom is derived from natural rainforest plants. What does this mean for environmental activists?

Traditional medicinal plants must be grown in regular agricultural areas. This means that the rainforest would need to be depleted, which could have a profound effect on global warming. But since kratom is grown from rainforest plants, this gives us an incentive to keep the rainforest in tact.

The health benefits parallel with environmental benefits. Though it is poorly researched, kratom undeniably is on the rise to being known worldwide. Less attention is diverted towards its study but that does not mean the drug is on the losing end to being deemed of less significance. Most kratom users, both first-timers or enthusiasts, have opened up about the therapeutic benefits that other closely-related drugs cannot offer- concrete evidence that kratom ought to gain popularity.

The USA is home to a high number of kratom users, more than 15 million according to the statistics conducted. Here, it is a legal drug except in about six states where it is still banned. And studies show that the figure keeps escalating to higher values as it has many substantial benefits. Kratom is not a new or recently discovered plant, it has been a medicinal plant for thousands of years in Southeast Asia.  European explorers have shed light on kratom and made it known to the rest of the world.

Is kratom an exported product?

The kratom industry growth relies on the passion of its users. Without them, kratom would not have been a commodity in the business sector and therefore it could never have necessitated exportation or importation. That is the basic point of understanding the kratom industry.

Due to the very high demands of kratom in the US and some other parts of the world, kratom vendors have increased in numbers to the extent that sales are potentially online hence kratom can easily be purchased. The postings and advertisements are numerous on social media platforms. So which countries promote kratom as one of their major exports? We already know that the US is the largest importer.

Kratom production basically dates to its countries of origin in Southeast Asia. Currently, a large percentage of kratom exports, about 95%, come from Indonesia. Malaysia and Thailand initially were in the circle of exportation, but the cultivation of the herb banned a few years back as well as exportation. If not fully banned, it is under restricted use and only in cases where kratom is prescribed by a licensed medical expert.

Indonesia is the leading exporter which the US greatly depends on for kratom importation. And that is why advocacy groups are fighting the risk of kratom getting banned in Indonesia. Sadly, the Indonesian government has legislative plans underway to illegalize kratom farms by 2024. Though the law not passed yet, chances are 50/50 about the outcome. In Indonesia, interestingly, kratom exportation is allowed but local sales and consumption prohibited.

To date, Indonesia seems to be a monopoly of kratom production and exportation. Kratom is a boost to its economy being that nearly 400 tons of the commodity gets shipped overseas. Yearly, the Indonesian government earns USD 13 million from just kratom. kratom production is booming immensely because more and more citizens of this country have discovered that it is a very lucrative venture.

The future of the kratom industry

the kratom industry is kind of precarious, and a shaky path for investing. Any second, any minute, it might go down the crumbling lane. Already we know that 95% of kratom worldwide is sourced from Indonesia and that itself should be a bit worrying. It is totally a monopoly.

As much as kratom is a moneymaking business to Indonesian kratom farmers, the growth of kratom is propelled forward by the great kratom demand in the US. Unfortunately, legislative plans are underway in Indonesia to effect a total ban on kratom farms by 2024. Though not completely sure whether the bill will be passed or not. That absolutely puts the future of kratom on the hedge with a lack of surety about a stable kratom industrial growth.

Looking at both the two possibilities, if the law is passed, then kratom exports will reduce by a great margin and there will be limited sources. Once that happens, kratom prices are likely to skyrocket to a level most kratom users will be unable to afford. Industrious kratom farmers will feel the weight of losses and transition into another business venture. On the other hand, if the kratom bill is discarded, kratom will experience an upsurge in its sales and growth and the Indonesian farmers’ career will be safe.

The good thing is the American kratom association is working extra hard to reach out to the Indonesian government in a bid to persuade termination of the destructive kratom law. If at all claims are kratom is addictive and a health risk, the Indonesians are not affected but the Americans being that already local consumption in Indonesia is prohibited. All in all, the final decision on the kratom is the final determinant of shaping the kratom industry.

Kratom is Great for the Environment and Health

There are a number of reasons that kratom is growing in popularity. One of the big reasons is that it is good for the environment, since it promotes rainforest conservationism. It also has many health benefits. This will cause demand to boom in the months and years to come.