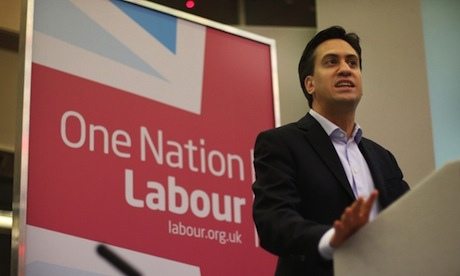 Ed Miliband has sparked intense debate in the energy sector after he used his speech at the Labour conference to pledge a freeze on rising energy bills.

Miliband announced the plans as part of the wider issue which Labour is calling the “cost of living crisis”, promising to toughen regulation on the energy sector.

He said that he would break up energy watchdog, Ofgem, replacing it with a new body that would have stronger powers and enforce tougher regulations.

The plans have catalysed widespread division across the UK, with NGOs, campaigners and political parties split two ways. Tory energy minister Michael Fallon, described the policy as “ill-thought out and irresponsible[…]”.

Sir Roger Carr, chairman on Centrica, the company which owns British gas, warned of “economic ruin”, saying that the moves would be a disaster for companies:

“When costs are outside your control, but someone is fixing your price and putting a ceiling on it, the risk of course is that it is potentially a recipe for economic ruin for a company.”

Miliband said that the moves were necessary to “rebuild public trust” in the energy sector. He also wrote a letter to energy companies on Wednesday, calling upon them to work with the government on a prize freeze, “[…] or reinforce in the public mind that [they] are part of the problem not the solution.”

He also argued for stringent decarbonisation targets, saying that there was a need for the UK to become less dependent on energy.

Reacting to these moves, Friends of the Earth policy director Craig Bennett said, “The only way to deliver an energy system we can all afford is by urgently investing in an ambitious and comprehensive energy efficiency programme and weaning the nation off increasingly costly fossil fuels – and this must be a priority for an incoming Labour Government.”

He added, “Ed Miliband was right to put the environment at the heart of his conference speech – he must now put it firmly at the centre of Labour’s policy-making to realise his goal of one million new green jobs.”

Consumer group, MoneySuperMarket, recently called for consumers to act against “imminent” price hikes, saying that 12.6billion households were overpaying on energy bills. Consumer finance expert Claire Francis said, “Labour is promising to fix energy prices if it wins the next General Election but you don’t need to wait until then. You can fix now, lock into 2013 prices and start saving immediately […]By moving onto a fixed online deal, these people could save around £200 on the cost of their annual bill and also protect themselves from more price increases for at least 12 months.”