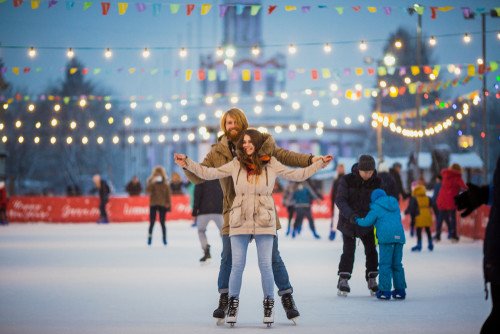 Energy efficient solutions are essential to slowing the progression of climate change. Most of our efforts have focused on the industries that have received a reputation for leaving a large carbon footprint. However, some industries play a significant role in the global warming crisis, even if they don’t get a lot of publicity. The professional hockey profession is a prime example of a company that has contributed to global warming.

A lot of discussion has centered around the impact of climate change on hockey. Last year, Complex and USA Today both wrote articles on how global warming threatens the future of this beloved sport.

However, fewer people have discussed the impact that hockey and other businesses using ice rinks have had on climate change. While the relationship may not seem as big, it is far from insignificant. The NHL and other teams have started taking measures to slow the progression of climate change by shifting towards more energy efficient ice rinks.

The NHL has recently emphasized the need to fight climate change. They used to shy away from the discussion, because they didn’t want to alienate fans that were wary of global warming.

However, more recent research shows the importance of taking action. They found that the average skating and hockey season in Canada and the United States has shortened by 20% in recent years due to global warming. Energy efficient ice rinks are fixing this.

Ice rinks have been a staple in communities across North America for years. Between hockey games, free skate, and community activities, they are often a popular destination for families. Yet, when these rinks were built, energy-efficient solutions were not on the horizon. Either due to a lack of knowledge or lack of options, hockey rinks were often made using unsustainable refrigeration methods.

Knowing what we do now about the importance of sustainable cooling and the damage that the older refrigeration techniques can cause to the environment, it should come as no surprise that hockey rinks are benefiting from energy-efficient solutions.

Many hockey rinks have started to be constructed with more energy-efficient cooling techniques, The NHL Greener Rinks Initiative has played a very important role in this process. This initiative was put into place to help both rink owners and operators make better decisions regarding the environmental risks of running business. Their model is to use innovative technologies to reduce emissions, conserve water, and reduce the overall energy used at hockey rinks. The goal is to have people be able to play hockey for many generations, something that was at risk before the real danger of negligence was understood.

Part of the NHL initiative that has been so helpful is the use of Opteon, which is the official refrigerant of the NHL. Made by the Chemours Company, Opteon is a sustainable alterative for ice refrigeration systems. The Chemours Company has been making refrigerants for over 85 years. The company has now branched out into sustainable solutions, which includes making more sustainable ice rinks. The refrigerant is a safe, reliable, and cost-effective solution to helping rinks become more energy efficient. The NHL does support Opteon, but there are other sustainable, zero CFC-based refrigerants that are currently in use.

Solar and Other Ideas

Beyond the new refrigeration solutions, rinks are also making other sustainable choices. The Bentley Arena in Waltham, Massachusetts, was opened in 2018. In addition to using refrigerants that are better for the ozone, the arena was equipped with solar panels. The rooftop solar array will cover nearly half of the arena’s power needs. In addition to LED lighting and large windows, the rink also was made from wood that was taken using sustainable forestry practices. With all of these touches, the Bentley Arena became the most sustainable and energy-efficient hockey rink in the world.

The most obvious benefit of energy efficient hockey rinks is the impact that they make on the environment. They are no longer threatening the ozone with the use of the harsh refrigerants, which means that hockey rinks might still be around for generations to come. In addition to helping save the world, energy efficiency is going to cost less in the long run since it does not require much to maintain it. Power bills will be reduced, the use of LED lights means fewer lightbulbs burning out, and people will be more excited to visit the hockey rink, as these changes begin to really take hold.

With rinks across North America moving toward using sustainable refrigerants, there is a legacy being created that will benefit hockey players in generations to come. One estimate says that by the end of 2019, the switch to sustainable refrigerants will have reduced their carbon footprint by 68 million tons of carbon dioxide. This is the same as removing 15 million cars off the road.

The amount of visitors that go to hockey rinks also might increase as more rinks embrace the positive change. More visitors will help the economy as well, with more hockey players shopping for gear and even more loved ones looking for hockey gift ideas. There is no real con when it comes to saving the environment.

With more positive moves like this from leaders like the NHL, better and more sustainable business decisions can be made across industries, helping reduce business environmental impact in a huge, world-changing way.

Climate change is a growing problem in the United States. Hockey may not be the biggest contributor, but it plays a role. Fortunately, energy efficient ice rinks are helping solve the problem.