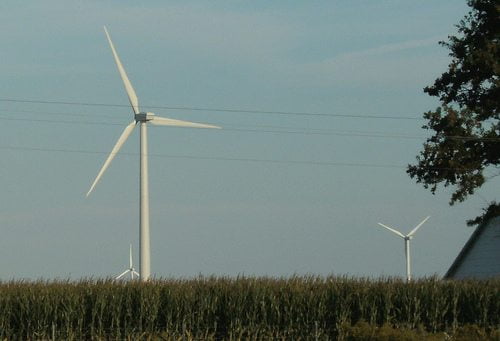 The global clean technology sector is showing signs of recovery, thanks to growing demand in China and the rest of the Asia-Pacific region, according to a new report.

Ernst & Young’s Cleantech Industry Performance Report investigated 424 companies that derive more than half of their total value from clean energy. It says that the industry employed over half a million people by April 2013 and had a combined market capitalisation of $170 billion (£109 billion) – up by 18% from the previous financial year.

The industry has gone through a “challenging period”, according to Ernst & Young’s global cleantech leader Gil Forer. It has struggled due to fiscal issues and the financial crisis.

Sixty-three clean technology companies went out of business in 2012, although 68 new ones were founded.

The growth has largely been driven by expansion in the Asia-Pacific region, with the number of companies in the region increasing by 16%. Over half of the 512,500 people employed in the industry work in China, which has 64 public pure-play clean technology companies, second only to the US, with 70.

While the number of companies selling wind and solar power generation equipment both fell by 2%, the biofuel industry grew by 8%.

In July, the market intelligence firm Cleantech Group reported that US president Barack Obama’s speech on climate change in June was partly responsible for an increase in investment in the clean technology industry.

Sheeraz Haji, the firm’s CEO, said, “President Obama’s Climate Action address has reenergised the cleantech industry, and our i3 data – in addition to the strong performance of Solar City and Tesla – underscores our belief that we are turning a corner.

“Alongside these trends, we continue to track increased activity by large corporates. Indeed, the tide appears to be turning in 2013.”