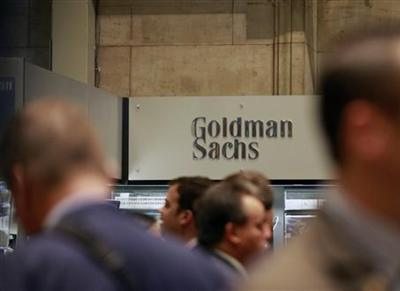 The investment bank Goldman Sachs is supporting renewable energy projects with around $40 billion of investment between now and 2021, with bosses expecting large profits as a direct result.

Although some parts of the investment bank have been criticised, subjected to investigations by financial regulators and subsequently slapped with heavy fines, it says it is stepping up its global clean technology funding.

“It will be important from a societal perspective, and it will be good business for us and our clients. We want to be extraordinarily focused, involved and have the best franchise in the area. That’s how we think about it”, he said.

The bank said that it would be focusing specifically on the emerging economies of China, Brazil, India and Mexico, but added that it would also be investing in some developed economies that were making commitments to renewables.

In related news, the Danish government was recently criticised when it approved Goldman Sachs’ $1.5 billion (£910m) investment in an offshore wind development. The deal means the bank now has a 20% stake in the project, which was initially developed the Danish state-owned firm Dong Energy.

As part of the deal, the bank was granted veto rights by Danish finance authorities, meaning Dong will have to consult the US investment bank for any major decisions. This includes appointing new chief executives, making acquisitions and selling off shares.

The Danish public are thought to be angry over Goldman’s tax status – with a base in Luxembourg and serving shareholders in the Caymen Islands and Delaware – but the bank defended its footing. It said that it would not be normal practice to set up an investment vehicle in Denmark for the purpose of one investment: “Goldman Sachs complies, and will continue to comply with all applicable tax laws in Denmark, Luxembourg, the United States and other relevant jurisdictions.”