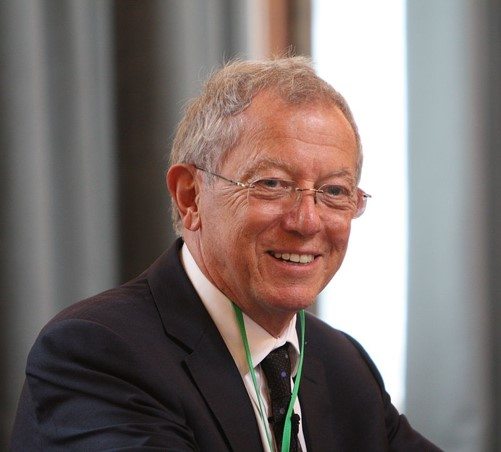 The Foreign Secretary’s Special Representative for Climate Change, Professor Sir David King, has highlighted the importance of renewable energy, saying it is “key to tackling the huge risk posed by climate change”. He described the renewables sector as “a leading industry” and “a big part of the British economy which will continue to grow”.

In his keynote speech today at RenewableUK’s annual conference in Liverpool, the Professor, who was formerly the Government’s Chief Scientific Adviser, told senior figures from the wind industry that 2015 is “a seminal year for the planet” as the UK reduces its dependence on fossil fuels. He noted that last year more renewable energy capacity was installed worldwide than fossil fuels.

He warned that there is a large gap between the path that the world is on, and the one it needs to be on to preserve the environment, so the UN climate change talks in Paris which begin at the end of next month need to result in a robust deal.

RenewableUK’s Chief Executive Maria McCaffery welcomed his comments, saying:  “Professor King is one of the most respected figures in his field not only nationally but also internationally. He has given us much food for thought and his championing of the renewables sector is a strong endorsement of our work as an industry.

“The Professor rightly highlighted the fact that the upcoming talks in Paris provide an opportunity to demonstrate Britain’s commitment to renewables as the key to tackling climate change”.