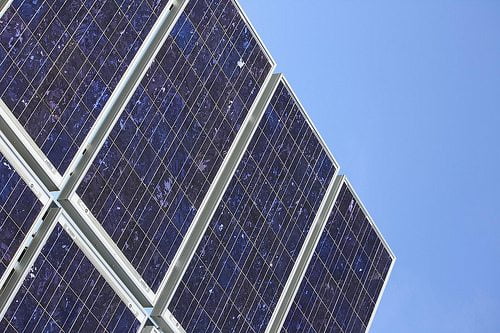 Solar can still be a reasonable investment for customers under lower tariffs. The Department of Energy and Climate Change today released its latest statistics on solar deployment under the Feed-in Tariff scheme until the end of 2015. Last Friday 15 January the new lower levels of support for solar PV came into force.

The statistics show that domestic and commercial rooftop solar almost doubled from October to December 2015 as compared to the same period the year before.

Paul Barwell, CEO of the Solar Trade Association said “The statistics released today are not unexpected as an increase in the amount of solar being deployed ahead of the cut on 15 January was always likely. However, the ‘huge rush’ some predicted has not really occurred, perhaps reflecting the 2015 stable market conditions as well as the cut in absolute terms was less than in 2012 – an 8p cut instead of a 20p cut. We won’t know the full impact until January’s stats are published.”

“We have ongoing concerns how the new caps system will be implemented. How will homeowners know what their Feed-in Tariff rate will be before they agree to put solar on their roof? How does an installer know what to tell its customer? We look forward to working with DECC and Ofgem to resolve these issues.”

Solar can still make sense in 2016

The tariff rates have decreased for domestic systems from 12.03p/kWh to 4.39p/kWh as of Friday 15 January.

“Despite the lower rates, solar is still a great buy for forward-thinking homeowners who want to generate their own electricity and protect themselves from rises in energy prices, and we anticipate install prices will continue to fall. There are very few investments where a homeowner can get a tax free, inflation linked return on investment that is significantly higher than an ISA. Many families are now also keen to do their bit to help combat climate change, and solar is a great way to do that.”

The Solar Trade Association is encouraging homeowners to consider the added value that solar can bring to their home. Recent research showed that solar power is considered the most desirable technology with homebuyers willing to pay an extra £2,000 more for homes equipped with solar panels.

Homeowners are also encouraged to look at how they might be able to change the way they use electricity and increase the amount they use during the day.

Solar power is also a ‘no brainer’ investment for anyone replacing their roof, where attractive integrated solar can replace traditional roofing materials and provide a good return on investment.

In addition there is potential for a number of complementary technologies to become cheaper over the next few years and change the economics of solar. Battery storage will allow people to use the electricity they generate during the day later in the evening. Electric immersion hot water heating, electric vehicles, smart timers for appliances and innovative heat storage can all allow people to use as much of their solar electricity as possible, bringing down their bills.

The Government has put maximum caps on the total amount of solar it wants to see installed in every quarter. This could be very damaging for the market, although the Government does appear to have taken on board requests for unused capacity to be recycled from one quarter to another and a queuing system for projects that don’t get in on time. However, the industry needs to know how far or close deployment is to the maximum cap in any given quarter in order to know what Feed-in Tariff rate their installations will get, and so far there is no clarity on how that is going to work.