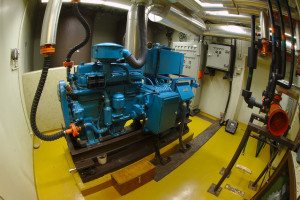 China is one such developing country which benefits from the cost and effectiveness of diesel generators, with improved living standards increasing the demand for power back-up devices. In 2015, the Chinese diesel generator market was worth over $3 billion and accounted for 22.1% of the global market, according to GlobalData.

Singh continues: “Many developing countries around the world still lack adequate grid infrastructure for electricity transportation, and not every country is rich in natural gas reserves. The absence of trans-national or domestic gas pipelines means the price of gas increases, making it a less preferred fuel option. In this way, power back-up units such as diesel generators play an important part in meeting electricity needs.

“China does not have an extensive network of gas pipelines in place, which creates a major hurdle for most industries with a gas requirement. The government is investing heavily to ramp up this capacity, and the benefits are expected in the near future, but until that point, this will be the primary barrier for the growth of the gas generator market and an opportunity for diesel generator growth.”