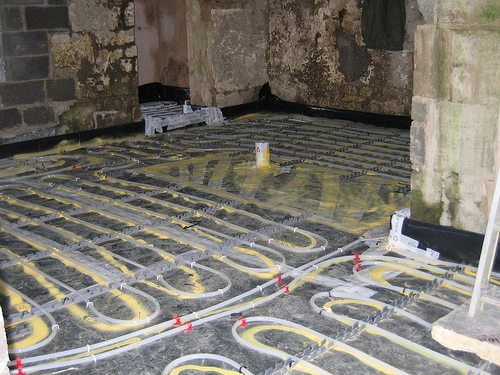 Renewable heat technologies will play a significant role in the future of a low-carbon economy, according to the Energy Savings Trust (EST).

Its latest report, which monitored that performance of residential heat pumps between 2008 and 2013, concludes that the organisation is “convinced that heat pumps can play a significant part to help the UK reach its targets for reducing carbon emissions.”

Heat pumps use the latest technology to transfer heat from either an air source or a ground source into the heating systems of the home, and can be used to heat water, used for under-floor heating or radiators.

In a press release, the Energy Savings Trust said, “Performance and efficiency of heat pumps have improved following recommendations to the design, installation and operation.” It also said that, within the right homes, heat pumps can perform to a very high standard.

The improvements, along with the subsidy schemes set up by the government including the feed-in tariff and the renewable heat incentive (RHI), are expected to bring about savings of around £3,000 for ground source pumps, with air source pumps falling just behind with an annual saving of £1,350.

The RHI incentive scheme currently rewards non-domestic properties for generating low-carbon heat, but the government expects to roll this out to domestic dwellings by 2014.

The EST report also reported an 80% customer satisfaction rate among owners of heat pumps, which it attributes to running costs and efficiency.

The government’s official climate advisers, the Committee on Climate Change, recently claimed that the UK could save £45 billion by developing renewable technologies further.