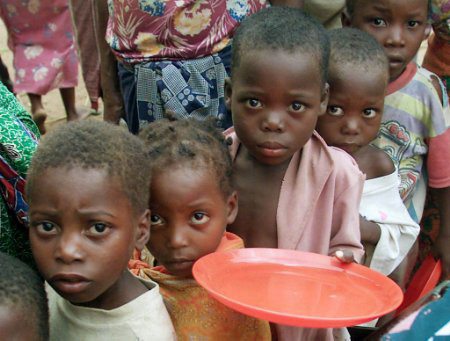 Ethiopia is now firmly in the epicentre of the global El Niño crisis, with widespread drought severely impacting large swathes of the north, central and eastern highlands. With a gap in the supply fast approaching, over 10 million are at risk of going without food by April. CARE International today classified Ethiopia as Type 4 emergency; the most severe.

“An unusually powerful El Niño has effectively sucked water out of some areas and spat it out in others, disrupting normal seasonal rainfall patterns and overwhelming the coping mechanisms communities have developed to deal with them” says Dr Wolfgang Jamann, CARE International CEO and Secretary General.

“It’s like watching a disaster take place in slow motion. The impact has been devastating for vulnerable people in the South Pacific and across southern and Eastern Africa, but nowhere is the outlook more troubling than in Ethiopia right now”.

Drought brought by El Niño contributed to two failed seasonal rains last year in Ethiopia. Such rains usually supply 80 to 85% of the country’s agricultural produce, and employ 85% of its workforce. In one of the most affected areas where CARE International works, East Hararghe in the east, crop production fell by 70% last year. This is the worst drought Ethiopia has experienced in 30 years.

Women and children are particularly suffering as a consequence the drought. According to the UN, there are currently 1.7 million children, pregnant and lactating women requiring specialist nutritional support in the country – a situation which is set to get worse in the coming months.

Ethiopia is no stranger to drought. Over the last three decades the government has put in place several measures to cope with it. During seasonal dry spells, a safety net programme provides millions of food insecure people with cash or food payments. This initiative, supported by CARE, aims to protect hard-earned savings and prevent people in drought affected regions from falling back into destitution.

“Despite all efforts made to curb the effects of this drought, the unprecedented force of El Niño is overwhelming such initiatives, and they are now becoming unsustainable” says Garth Van’t Hul, CARE Ethiopia Country Director. “This is why the government has asked for international help, but it is coming too slow.”

With the next cropping season months away and malnutrition rates set to rise, the current gap in emergency funding of 313 million USD will have catastrophic consequences. From purchase, it takes 120 days to get food to those in need. This means that unless food is procured now, 10.2 million people will not have enough to eat from April onwards.

“We need to act fast to get food in the warehouses and lorries on the road,” Garth Van’t Hul adds. “This requires a consolidated push from the international community to provide a bridge that will carry the men, women and children caught in the midst of this drought back to safety”.