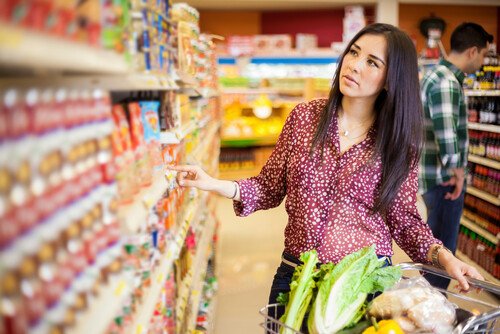 Why It Matters That Amazon Bought Whole Foods

In June 2017, Amazon acquired Whole Foods Market, causing a stir that made people wonder what’s ahead for the grocery store chain. Even though many things are still uncertain, it’s important for consumers to know about what the new ownership means, or what it might spell for the future, helping them stay maximally informed. Here’s what to know.

The Purchase Caused An Executive Shift

Retailers frequently take a top-down approach to management, meaning if the highest-tier leaders at a company prioritize customer service and locally sourced merchandise, those values tend to spread down through the lower sections of management. So, it’s meaningful that more than 12 executives left after the Amazon acquisition.

Some of them were veterans who had been with the company for more than a decade. If the trend continues and more people leave, it could cause the company to have no choice but to train more new executives from scratch who aren’t yet accustomed to the values that so many Whole Foods shoppers expect.

Reports indicate suppliers are already unhappy with the new hires’ ability to learn Whole Foods’ standards of sourcing and marketing products. Moreover, Whole Foods’ executives did not like the idea of reporting to younger people from Amazon who were their new superiors.

The Farmers That Supply Whole Foods May Suffer

When people decide where to shop and what to buy, many factors typically influence their purchasing decisions. For example, at Whole Foods, a customer might pay more for eggs that came from a free-range chicken and a farm that upholds strict organic standards instead of going with the cheapest option.

Farmers say the rates charged for their merchandise more accurately reflected the price of production and is something else that sets Whole Foods apart from many other brands. And, many of the suppliers working with Whole Foods can directly connect the brand’s support with their success.

When shoppers realize how far their decision to buy products from a certain brand could reach, they may eagerly choose to pay more and keep positively impacting farmers’ livelihoods. But, there are doubts Amazon will continue to make the commitments that Whole Foods did before the takeover.

Farmers working with Whole Foods fear they won’t be able to produce the huge amounts Amazon requires and especially not at the low rates the giant online retailer would expect. If those understandable apprehensions come to pass, the likely outcome is that Amazon will move toward farms capable of mass production, shutting smaller establishments out.

Shoppers May Not See As Many Local Brands Stocked

The consumers who appreciate Whole Foods often do so because the brand became known for filling its shelves with locally sourced products. People could buy products close to their homes, supporting local providers while reducing the environmental impact of items that travel long distances to reach shelves.

Whole Foods built its brand by emphasizing freshness and organic origins, and the individuals who prioritized those things didn’t mind paying more for what the brand gave them. Moreover, people also like how their Whole Foods branches had an exceptionally high percentage of local offerings. Indeed, Whole Foods emphasized partnering with local suppliers, but that’s changing.

Years ago, it was possible for small, locally popular brands to reach out to regional offices and pitch their products to people at Whole Foods, but there was a shift away from that which became more prominent with Amazon at the helm. Sources say there are likely fewer local items to buy because Amazon entrusts more purchasing decisions to its national offices.

So, consumers should expect it’ll become increasingly less likely they’ll wander into a Whole Foods location and see niche items produced nearby. As the people at national headquarters make more choices about what to stock, the selection will probably become more homogenized. Then, it’s ever-harder for small brands to break through.

The Price Decrease May Not Be As Much As Anticipated

Given Amazon’s reputation for prices that are so low for certain items that it’s nearly impossible to get them cheaper elsewhere, people familiar with the Whole Foods buyout predicted that Amazon’s ownership would cause extremely evident price decreases. But, a recently published study shows that hasn’t been the case so far.

One analyst gathered a basket of 108 item and compared the prices for those things before and after the Amazon acquisition. He found that prices were only 0.8 percent lower now than before Amazon’s involvement. Plus, prices were 1.3 percent higher soon after Amazon’s purchase when the brand implemented price cuts that substantially covered by the press.

Amazon Does Not Have An Outstanding History Of Environmental Sustainability

It’s also possible that Whole Foods may lose customers who opt to cut their support for the company due to its involvement with Amazon, a company with questionable environmental practices, such as shipping tiny products in boxes that are unnecessarily large. The brand claims a packaging reduction of nearly a quarter of a million tons from 2007 to 2017. Plus, it asks for packaging feedback, letting people weigh in on their shipments. Indeed, those things do matter.

But, Amazon is secretive about its carbon emissions data. Furthermore, as the company pushes for delivering products to customers at increasingly faster speeds, it’s no longer possible to consolidate shipments or research ways to reduce environmental impacts, and the planet suffers as a result.

It’s worth noting, too, that Amazon began offering Whole Foods grocery deliveries through its Prime Now service in February 2018. The service is frequently expanding and gives the option to pay $7.99 and get one-hour delivery. Sure, it’s convenient, but arguably not Earth-friendly.

Upset shoppers assert that since Amazon bought Whole Foods, the quality of the products offered by the latter brand has plummeted. They complained about produce, bringing up issues such as fruits and vegetables that were bruised, rotten or tasteless.

They also chimed in to say that certain things they’ve stocked up on for years while visiting the Whole Foods produce department are now impossible to find or that formerly full shelves are now mostly barren. According to some comments, the differences became apparent mere weeks after Amazon and Whole Foods finalized its deal.

Whole Foods stated it did not make changes that would have negatively affected its produce in such ways. Amazon declined to comment, but the people who are now less-than-satisfied with Whole Food’s produce think the mega online retailer is to blame.

Could These Changes Tarnish The Whole Foods Brand?

It’s virtually inevitable for a company to make operational changes after a buyout. However, evidence about Whole Foods shows that the quality is declining and the selection is less localized, but the prices are not significantly lower.

It’s necessary to wait and see if Amazon can keep its workers, suppliers and customers happy. Alternatively, this acquisition might prove to have some unforeseen challenges Amazon didn’t expect.

Potential title: Why It Matters That Amazon Bought Whole Foods

Tagline: Since Amazon bought Whole Foods, shoppers and health food fans have eagerly watched to see what changes might unfold in the store.