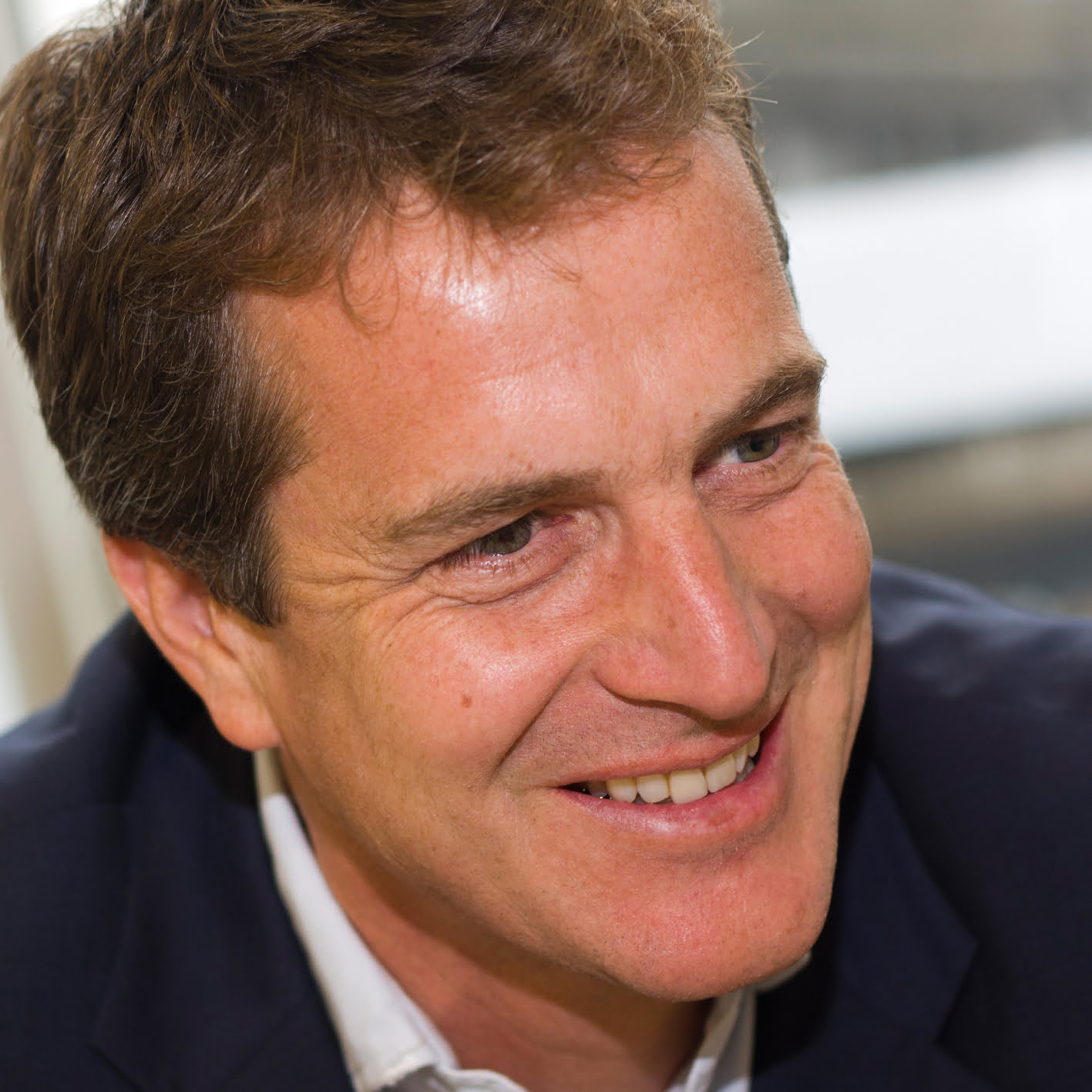 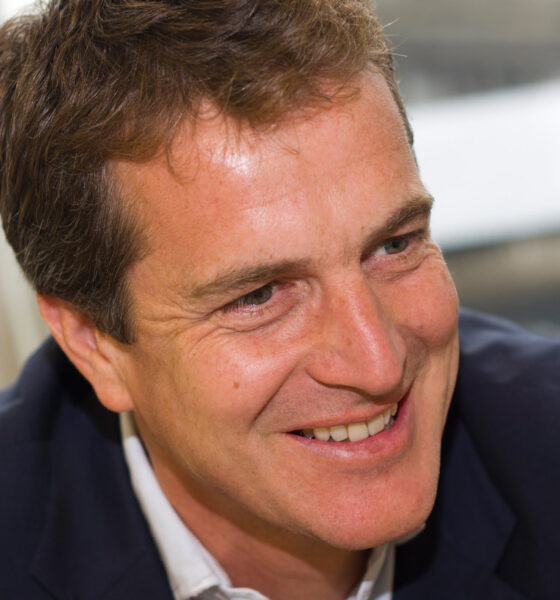 In the business of ‘investing for generations’

“We will respond to the threat of climate change, knowing that the failure to do so would betray our children and future generations.” This sentence, from Barack Obama’s second inauguration speech in January, was a welcome – if a little overdue – call to arms in the fight against mankind’s greatest challenge.

Around the time Obama was giving his rousing address to a captive audience in Washington, I’s were being dotted and T’s crossed in an office over 3,000 miles away in London, on a deal that would see a popular range of sustainable investment funds transfer from one investment house to another.

You might wonder what these two seemingly independent events have to do with each other. With climate change, sustainability and resource efficiency cropping up ever-more often in political speeches – though perhaps sadly not enough in policy decisions – there’s a noticeable shift happening among individuals, and more importantly, investors.

“If there’s one thing that’s happened in the last decade, it’s that individuals want to live their lives according to their values”, says Peter Michaelis, head of sustainable and responsible investment (SRI) at Alliance Trust Investments.

Michaelis, his team, and the six funds in the Sustainable Futures range they manage, relocated a short distance across London at the beginning of the year, after Aviva Investors – which previously ran the funds – decided to close its SRI arm in early 2012.

Transferring to an investment house that celebrates its 125th anniversary this year, and whose strapline is “investing for generations”, the £1.4 billion fund range has found a home that so far has been a very good match culturally.

And the positive early relationship has been aided, Michaelis says, by strong demand from investors at a time when consumer action and calls for transparency are very much on the agenda: “Individuals want to shop where they want to shop; they want to know where their products are sourced from; they want to join the NGOs; and they want to vote for the government that’s most likely to meet those values. And the one bit that’s always been missing has been the realisation that they can invest according to their values as well.

“If we say to an investor that we can take a portion of their investments and put them in companies that are finding solutions to climate change, that sits very well with them.

“There’s a great appetite for people to invest their money in companies that are providing solutions to make the world a better place – particularly if we can continue to show that you get stronger returns than the benchmark from that.”

Michaelis adds that as well as looking for these solutions, the global financial crisis that began in 2007 has made people realise just how much impact their money can have. He describes the cause of the crisis as “a total failure of governance”. Few could or would argue with him.

“To every action, there is always an equal and opposite reaction”

While this stark realisation among consumers has been brought to light in the form of negative implications on society, the environment and the economy, Newton’s third law of motion tells us that similar effects can also be reaped on the positive side.

Using that mantra, the core tenet of the Sustainable Futures Funds revolves around sustainable development. They focus on four key themes: climate change and energy efficiency; sustainable consumption; quality of life; and good governance and risk management. While the non-SRI teams at Alliance Trust also look at stocks through an environmental, social and governance (ESG) lens in some cases, it’s not their primary focus.

Following Aviva’s “strategic problems” that led it to its decision to close down its SRI arm last year, Michaelis was tasked with finding a new home for his team and their growing funds.

“It’s never nice to be told you are no longer wanted somewhere, but after having a bit of time to reflect on the decision, it actually is very appropriate that we are at much more specialist asset manager”, he says.

“SRI is a specialist asset class, and it’s one that needs specialist marketing and specialist fund management focus.

“If we’re talking food retail, my analogy is that Aviva Investors is Tesco; Alliance Trust is more of a delicatessen.”

Michaelis admits that his funds drew a lot of attention from a number of investment houses that varied in size in terms of assets under management. He admits that the interest was flattering, and that it gave the Sustainable Futures team “confidence that it wasn’t just [them] that saw the growth potential in SRI”.

Very soon, though, Alliance Trust emerged as the preferred candidate, and Michaelis pins their decision down to three reasons.

Firstly, the group’s culture: as well as its long history and its pledge to “invest for generations”, it is a signatory of the UN-backed Principles for Responsible Investment (PRI) and the UK Stewardship Code. On top of this, Michaelis had a good working relationship with its CEO, Katherine Garrett-Cox, who was chief investment officer at Morley when Aviva Investors were founder signatories of the PRI.

The second element was continuity. A big concern for Michaelis and his team was that the management of the fund would be interrupted as operations were transferred between Aviva and Alliance Trust. This turned out to be not relevant, though, with Alliance’s existing infrastructure already more-than-capable to deal with their new acquisitions.

And then, the final element was Alliance’s commitment.

With these three boxes well and truly checked, it became very clear very soon that the Sustainable Futures Funds would be best fitted with Alliance Trust.

Just a few months into his tenure as head of SRI at his new place of work, Michaelis reflects on the past 12 months in the industry – a period of time, he says, that has been dominated by one key issue: climate change.

“Some people remark that in the presidential debates, climate change didn’t feature at all, which I guess we were a bit surprised about, but it did feature very strongly in Obama’s inauguration speech, and also China’s new five-year plan talks about carbon and energy efficiency quite strongly”, he explains.

“In the meantime, the science has got ever stronger, with the publication of another Intergovernmental Panel on Climate Change (IPCC) report this year, which by all accounts will strengthen the link between manmade emissions and climate change.

“Hurricane Sandy will also have made people sit up and think about what life will be like under a malign climate.”

Climate change rhetoric in recent months, from high-profile figures such as Obama, has helped fuel public debate, and more importantly, allow people to make the connection between their money and some of the most urgent sustainability challenges.

As Vinod Khosla, the Indian-born American entrepreneur and venture capitalist, put it so eloquently, “No one will pay you to solve a non-problem […] The bigger the problem, the bigger the opportunity.”

We face some huge challenges in areas such as energy, healthcare, education, human rights and resource shortages. And not forgetting climate change, which is the overarching problem that negatively affects each of the others.

But by investing positively in each of these areas – which is the aim of the Alliance Trust Sustainable Futures Funds – we will not only come out the other side with a more prosperous economy, but also with a more sustainable society and a cleaner environment.

Alliance Trust surges on in SRI after completing Aviva transfer