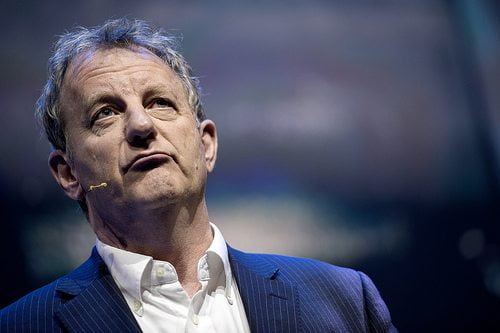 In recent years there has been a shift in the ‘carbon war’ that means those fighting to cut emissions, avoid dangerous levels of climate change and encourage green technology could win, according to Jeremy Leggett’s new book.

The book ‘The Winning of the Carbon War’ is downloadable for free. The ten part series will see a new section published every month in the run up to UN climate talks set to take place in December in Paris. The climate negotiations have been described as a last chance for action that will curb dangerous levels of climate change. The book will provide a ‘live’ account of the global energy and climate drama in this crucial year.

Leggett now works as a social entrepreneur, author and chairs renewable energy firm Solarcentury and the Carbon Tracker thinktank. However, he began his career working on oil, gas, and earth history as a geologist.

Speaking at the London Stock Exchange, Leggett said, “My book ‘Winning the Carbon War’ will paint a narrative of humanity in a race, a kind of civil war, in which believers in a safe future fuelled by endless sunlight and related form of clean or cleaner energy combat defenders of finite carbon fuels who are often careless of the impact they have on the world by clinging to coal, oil and gas.

“I have fought for the light side for a quarter of a century, in different ways, as it lost battle after battle to the dark side. However, in 2013 the tide began to turn. Since then, it has become increasingly clear that the light side can win the war. Can, not will: the title of the book is precisely worded. My diary, as an observer on the front line, tells of one person’s story of those turnaround years, and what they can mean for the world.”

The first part of the book identifies a series of events that have combined to develop a ‘tipping point’ in the demise of the fossil fuel industries. Leggett argues that three emerging megatrends – the cost of deploying renewables falling, the cost of delivering hydrocarbons rising, and the politics of climate abatement showing signs of aligning – means that the tipping point is now materialising.

Leggett added, “The crisis in energy is going to be huge, is a clear and present danger right now (for those with the eyes to see), and is arguably going to grow into the biggest story ever: not just in business and economy, but in the history of civilisation, given the way the climate dimensions threatens the human future.”

On his website Leggett also summaries the looming bankruptcy of players in the US shale drilling industry, the growing fossil fuel divestment movement, politicians distancing themselves from fossil fuels and rising clean energy investment, among other subjects.

He concludes, “We are in a strong position to win the carbon war.”

To read the first chapter of The Winning of the Carbon War visit jeremyleggett.net.