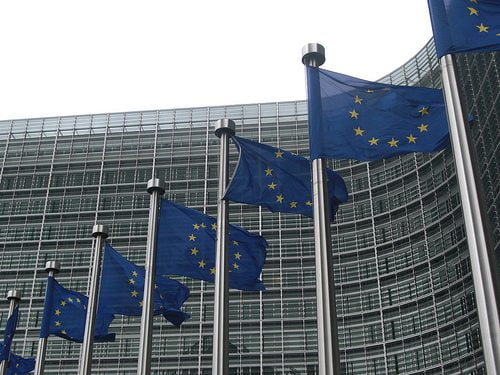 On Thursday May 22, Britons will take to the polls to vote for who they want to represent them in their local councils and in the European parliament.

Building up to the decisive day, we’re looking at each of the main parties’ sustainability, energy and climate change policies.

The Conservative party insists it is the only party capable of delivering “real change” in Europe this year. It has promised to return more powers to Britain and deliver an eventual in-out referendum.

However, the party’s European manifesto acknowledges the important role that the EU must play in efforts to curb climate change. The Conservatives pledge to support the EU Emissions Trading Scheme (ETS), as they believe it is the most cost-effective means for countries to cut greenhouse gas emissions.

They also say they will push for EU countries to agree to targets that would demand emission cuts of at least 40% by 2030, though they oppose binding renewable energy targets on the grounds that nuclear and shale gas have an important role to play in decarbonisation.

In this vein, the Conservatives also want to work with European partners such as Poland to exploit the continents shale gas resource, despite concerns over the safety of fracking.

Looking to energy security and with one eye on customers’ bills, the Conservatives also want to push the EU to create a single energy market for the entire continent.

Energy has been a popular topic of Ed Miliband’s, with Labour promising to freeze household bills at home. In Europe, Labour also supports the idea of a single energy market, which they say could tackle rising prices and climate change simultaneously.

Miliband’s party argues that the Tories have failed on renewable energy, costing jobs – the manifesto describes the green economy as “a vital industry” – and threatening Britain’s energy security and compromising efforts to cut emissions.

In order to take effective action on climate change, Labour insists that the UK must remain a part of the EU.

The self-styled ‘party of IN’ unsurprisingly agrees that Britain’s best chance of leading the fight against climate change is as a member of Europe. They say that, from within the European parliament, they will pressure Britain’s neighbours to adopt stronger climate targets and call for a strengthening of the ETS, providing certainty to renewable energy investors.

The Lib Dems also argue that being part of the European Union gives the British green industry a much bigger market for cleantech exports, promising more jobs and more growth.

Turning to the natural environment, the Lib Dems also want a revision of EU development policies to support the international goals of at least halving the rate of loss of all natural habitats and ending net deforestation by 2020.

They also pledge to encourage sustainable consumption throughout the union, promoting energy efficiency and sustainable commodities.

Adopting the most radical stance on energy and climate change, the Green party says it would quicken Europe’s transition from a fossil fuel-powered economy to one with renewable energy at the centre.

Within the EU, the Greens would encourage European incentives for home insulation, in order to improve national energy efficiency; vote for stronger climate targets; and support a ban on fracking, deep sea oil drilling and new nuclear power stations.

They would also call for EU-wide infrastructure for renewable energy, such as a European super grid to share electricity capacity to maximise the continent’s resources.

Another subject on which the Greens differ from the mainstream parties is on the ETS. They argue that the scheme has failed outright, and must be replaced with new solutions, including legally binding national targets and a ban on the extraction of excessive quantities of fossil fuels.

UKIP’s European election manifesto urges voters to “create an earthquake” by opting for the Euro-sceptics, but the party’s policies on energy and climate change would likely cause an entirely different kind of natural disaster.

Dismissing scientific consensus, the party has pledged to scrap the 2008 Climate Change Act, “scrap all green taxes and wind turbine subsidies” and keep coal-fired power plants open, arguing that gas and nuclear are the future.