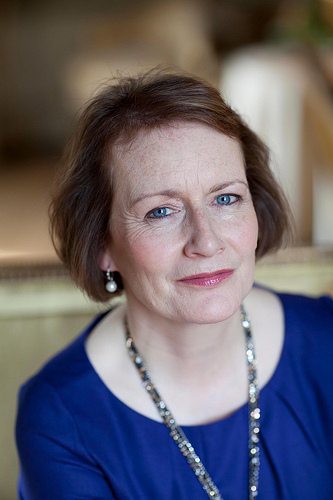 The National Trust has reaffirmed its current stance against fracking, after its director-general told the Times that the charity had an “open mind” about the technology.

The newspaper reported on Thursday that Dame Helen Ghosh said the Trust would consider allowing shale gas extraction on its land, if potential environmental threats were nullified.

This contrasts with the Trust’s current position on the activity.

Speaking to Blue & Green Tomorrow, a spokesperson for the charity said more needed to be done in terms of evidential research and technology before it would even consider allowing fracking on its sites.

“As it stands, if an application was made to frack on one of our sites, we would oppose it”, they said.

The Trust said back in August that they had a “presumption” against fracking, because it “gives rise to potential environmental and landscape impacts”. The spokesperson said the Trust stands by this stance at present.

Ghosh told the Times, “We all have yet to see what the surface environmental impact of fracking is and when we have seen it then we would reach a view about whether [we would object to it] adjacent to National Trust land or on National Trust land.”

The Trust’s opposition to fracking was made clear during the Balcombe protests in Sussex, where demonstrators raised concerns over environmental safety after drilling firm Cuadrilla started “exploratory drilling”.

A report issued at the beginning of October put forward evidence to suggest that fracking poses a “serious threat” of water contamination.

During the protests at Balcombe, Green party MP Caroline Lucas was arrested by police officers for her part in the protests, and was subsequently charged with “wilful obstruction of the highway” by the Crown Prosecution Service (CPS) in September.

Lucas defended her actions at the Green party conference, saying that “big [businesses were ignoring] local democracy and [trashing] our natural environment at will”.

The National Trust does not currently allow wind farms to be built on its land due to the visual implications of the turbines, but the spokesperson added that they have a “duty to protect beautiful places”.

They also said, “We have a target to generate 50% of our own energy from renewables by 2020, including wind where it is not too large for its setting. We’re trying to show how this can be done without putting at risk our beautiful natural and built heritage”.