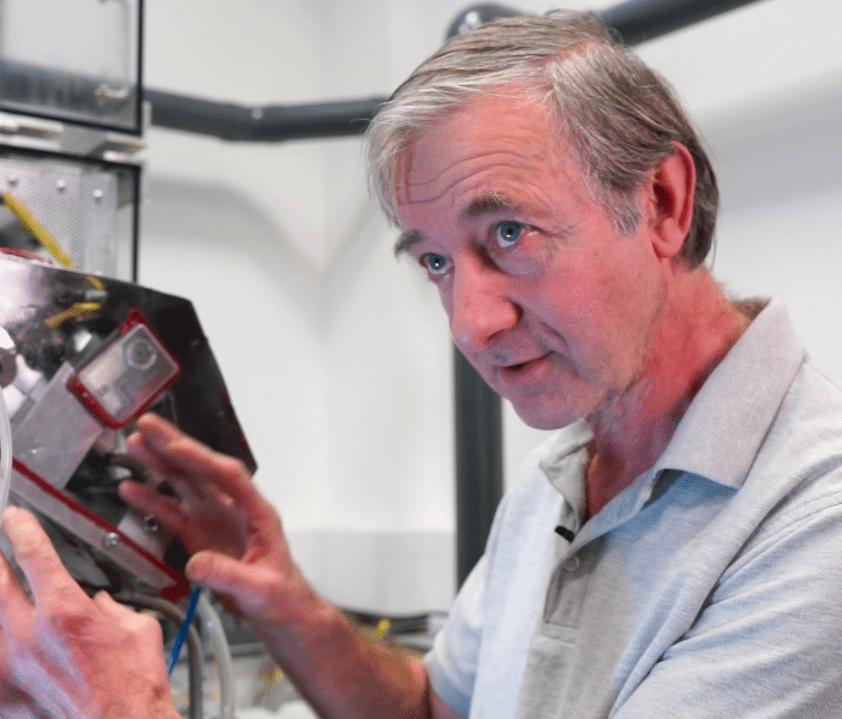 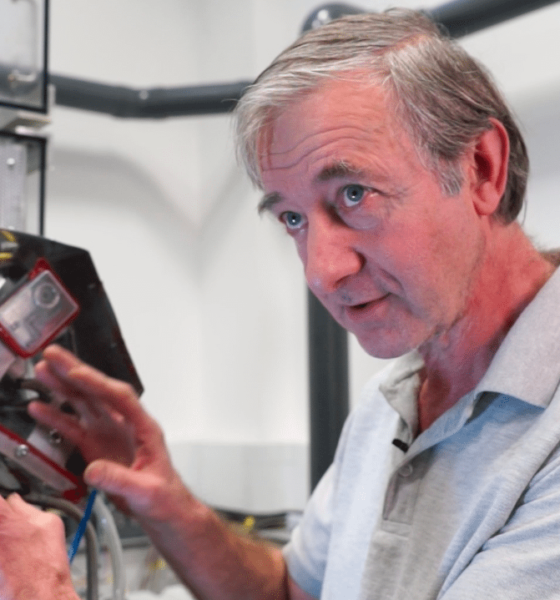 The seventh annual New Energy & Cleantech Awards, to be held on April 30, will see clean energy companies looking for growth finance present to an investor audience.

For the second consecutive year a cleantech forum will precede the evening awards ceremony. Each company will tell the crowd why they are an attractive investment opportunity in a 15 minute pitch.

Jeremy North, chairman of The Dearman Engine Company, one of the presenting companies, tells Blue & Green Tomorrow about the business.

What problem does your business uniquely solve? How do you solve it?

Reducing diesel use in commercial transport.

Diesel is highly polluting, but difficult to beat as a transport fuel because of its high energy density. The Dearman engine is a patented zero-emission piston engine powered by the expansion of liquid air or nitrogen, whose only exhaust is clean, cold air. The Dearman engine can cut diesel consumption dramatically by:

– Replacing the highly polluting Transport Refrigeration Units that consume up to 20% of the fuel of a refrigerated lorry;

– Recovering the waste heat given off by an internal combustion engine to reduce the diesel consumed for propulsion by 25%.

Application no.1 – zero-emission transport refrigeration – is in on-vehicle demonstration this summer.

Describe your primary drivers for working in renewable energy or cleantech.

The Dearman Engine Company is determined to:

2. Reduce food waste. In developing countries 40% of harvested food has to be discarded because the ‘cold chain’ of refrigerated transport and warehouses needed to preserve it is rudimentary or non-existent – so worsening poverty and hunger. Those countries that are creating cold chains are installing highly polluting diesel-powered equipment – so worsening appalling air pollution in cities such as Delhi and Beijing. The Dearman engine system powered by liquid air could provide a cost-effective zero-emissions solution, which is the subject of an IMechE report – A tank of cold: Cleantech leapfrog to a more food-secure world – to be released in July.

Is the government doing enough to support your sector? What should it be doing?

The government has provided substantial support for liquid air technology development through grants provided by the Technology Strategy Board. Dearman also expects to benefit from the development of low volume manufacturing ‘catapult’ centres that fill the gap below the original equipment manufacturers.

– Regulate emissions from transport refrigeration. Emissions from TRUS are currently unregulated. Proposals to strengthen the regulations are expected to be adopted by the European Commission (EC) this year, and may come into force by 2019-2021, but will make almost no difference.

The Supreme Court has ruled the UK in breach of the EU Air Quality Directive, exposing Britain to fines of potentially more than £100 million, and most large British cities continue to break local air pollution limits. Regulating emissions from vehicle refrigeration would be a timely and cost-effective way of reducing pollution, and we suggest the arrival of liquid air vehicle refrigeration as a cost-effective solution means the emissions limit could be reduced to zero in fairly short order.

– Recognise liquid air in official technology roadmaps. Liquid air technology and research has been awarded UK grant funding of some £20 million to date. The potential of liquid air has clearly been recognised by grant funding bodies, but because the technology has emerged relatively recently it has not yet been integrated into most low carbon transport roadmaps, which are still overwhelmingly focused on electric and fuel cell vehicles. Liquid air has now been recognised as a potential road transport energy vector by the European Road Transport Advisory Council (ERTRAC) and by the UK Automotive Council; it ought to be similarly recognised in official UK energy and transport policy.

– Review eligibility criteria for green transport funding. Unlike some other low carbon technologies, liquid air engines would be cheap to build, and would generally pay back their investment in short order without subsidy. However, the progress of some applications, such as heat hybrid buses, could be held back by the subsidies awarded through the Green Bus Fund to competing technologies with high capital costs. A report – Liquid air on the highway – concludes that if the Green Bus Fund could be made properly technology neutral, by finding a way to put operating costs on an equal footing with capital costs, the government could procure up to twelve times as many low carbon buses for the same public expenditure.

The government’s general position, rightly, is that taxpayer support for budding green technologies should be even-handed or ‘technology neutral’, yet policy could inadvertently end up ‘picking winners’.

Why do you think your business is attractive to investors?

Innovative fuel efficiency technologies tend to be significantly more expensive than established ones; the Dearman engine breaks that orthodoxy. It will deliver significant economic and environmental impact to customers, without subsidy. It is simple and will be cheap to build. It will be low maintenance and have low environmental impact. A Dearman engine trailer refrigeration unit, for example, would repay its investment within three months – the very definition of ‘free green’.

With first applications in full field trials next year, it can be in low volume commercial production inside two years. The Dearman Engine Company has a clear strategy to well-defined global markets from which it can generate significant licensing revenues or outright sale. It has several different applications that address pressing environmental problems.

A key benefit of the Dearman engine is infrastructure. It can be powered by either by liquid air, or by liquid nitrogen, which is readily available throughout the industrialised world and the BRIC (Brazil, Russia, India and China) economies, and the industrial gas industry typically has substantial spare nitrogen production capacity.

In Britain, the projected development of liquid air vehicles could be fuelled entirely from this spare capacity until at least 2025, according to Liquid air on the highway. Road tankers routinely distribute liquid nitrogen so, in contrast to other alternative transport fuels such as hydrogen, the fuel infrastructure is already in place.

The Dearman Engine Company has strong intellectual property including both patents and expertise. The management is experienced and supported by highly skilled and motivated engineers, and backed by committed and knowledgeable investors.

What will the renewable energy and cleantech sectors look like in 10 years’ time?

The future of energy and cleantech sectors will necessarily become much more integrated over the coming decade. The nexus of food, energy and water cannot be solved by any ‘silver bullet’, solutions will need to be integrated. The Dearman engine was recently discussed in the recent IMechE report, Energy Storage: The Missing Link in the UK’s Energy Commitments as an area requiring greater attention in solving UK energy policy.