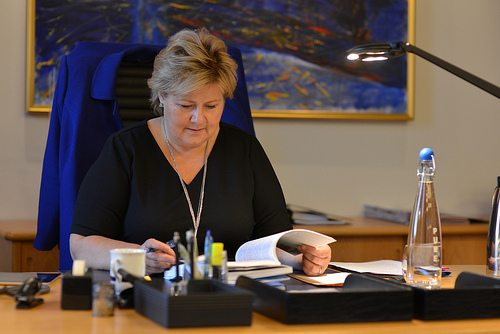 Norway’s sovereign wealth fund, the largest in the world, is set to increase its exposure to renewable energy. According to the WWF, the size of the pension fund means the move has the potential to have a global impact.

Erna Solberg, Norway’s prime minister, confirmed measures to increase the fund’s investment in clean energy as part of its plan to use its wealth to combat climate change. Further details will be outlined in a report published early next month.

The fund currently has around 9% of its investment in the coal, oil and gas industries. It also owns around 1% of the world’s stocks.

In recent months, it has stepped up its ethical investment policy following pressure for it to divest from the coal industry – the most polluting of all fossil fuels.

Nina Jensen, CEO of WWF-Norway, commented, “If done at scale this will have global impact and redefine how we use money consistently with commitments to limit climate change.

“The pension fund is the largest state investor in the world. A solid renewable energy mandate will send a tremendously powerful signal and set the standard for other international investors.”

The WWF is currently running a campaign calling on financial institutions, including major sovereign wealth funds, pensions funds and multilateral development banks, to significantly increase their funding for renewable energy whilst cutting investment in fossil fuels.

“It is rare that one government along can bend the curve of climate change. Norway, through its sovereign wealth fund, can”, said Samantha Smith, leader of WWF’s global climate & energy initiative.

“WWF now looks to Norway’s leaders to commit to renewable energy investment at a scale that will make a global difference. This will be their legacy, and we are watching.”