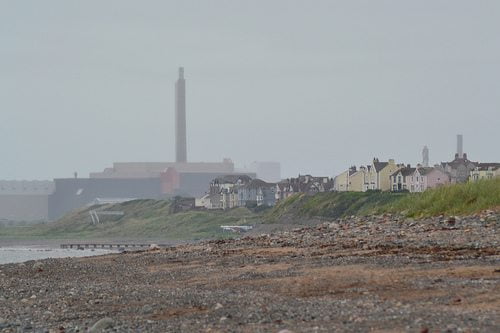 Fears over a possible radioactive leak at the Sellafield nuclear site in Cumbria have been quashed. Officials say initial radioactivity readings that led to staff being evacuated were “not attributable” to any problems.

All non-essential personnel were forced to leave the site on Friday morning, when Sellafield monitors detected apparently abnormal levels of radon gas.

Radon is a colourless, odourless by-product of uranium and thorium – both of which are used in the nuclear process. While it also occurs naturally, extensive or significant exposure can lead to an increased risk of contracting diseases like lung cancer.

However, after an investigation by Sellafield Ltd, which owns the Cumbrian site, it was confirmed that the radon identified by the monitors had occurred naturally.

In a statement, the company said, “Sellafield Ltd can confirm that the radioactivity detected by one of our in-air monitors overnight is not attributable to any issue or problem with any of our operations on site.

“Our in-air monitors are extremely sensitive and pick up on any abnormality. Overnight the monitoring system initially indicated elevated levels of activity. Following investigation and analysis, we can now confirm these levels to be naturally occurring background radon.”

The scare comes on the same day as the UK and French governments issued a joint commitment to develop “safe nuclear energy, commercial opportunities and skills”.

“Today, we reiterated our resolve to work together towards achieving an ambitious and legally-binding agreement at the next COP in Paris in 2015, and to support an EU-wide emissions reduction target of at least 40% by 2030.

“To unlock the full benefits of the single energy market, European countries need to become more interconnected. So today, we agreed to continue our work to build more electricity interconnectors between our two nations.”

The European commission is currently looking into the Hinkley plans to ensure that the UK followed state aid rules in its development.

Campaign groups rallied in their criticism of Hinkley. Greenpeace UK chief scientist Doug Parr described it as “a rubbish deal for consumers” and claimed it could damage long-term prospects for renewable energy.

Meanwhile, Nick Molho of WWF-UK said, “Given the limited funding available to develop low-carbon infrastructure in the UK, the support that the government has decided to provide to new nuclear projects must be based on robust economic evidence.

“Failing to do this would risk undermining the funding available to support renewable energy projects, which offer a much greater likelihood of significantly going down in cost in the near future.”