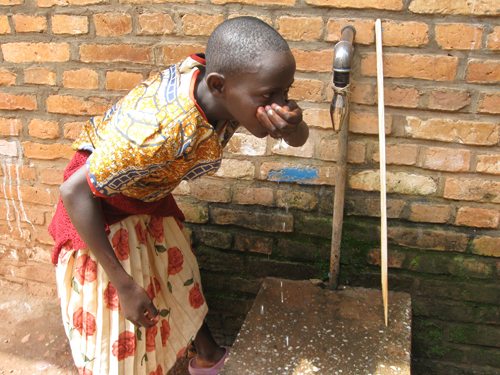 Meeting renewable energy targets could significantly cut the amount of water used for generating electricity as water scarcity becomes a bigger risk, according to a report from the International Renewable Energy Agency (IRENA).

Changing the way we use water and cutting down where possible is hugely important as climate change is expected to exacerbate water scarcity. A report, published last year, warned that half of the world could face extreme water scarcity by 2095.

The report from IRENA – Renewable energy in the water, energy & food nexus – has been released to coincide with the World Future Energy Summit and International Water Summit in Abu Dhabi. The study aims to show how renewable energy can help address some of the most pressing challenges the world faces.

The organisation argues that using wind or solar to generate energy uses up to 200 times less water than a coal plant to produce the same amount of electricity. It adds that during the power generation stage, water needs for solar and wind are negligible compared to conventional generation, which can require substantial amounts of water for cooling.

“Until now, detailed knowledge on the role of renewable energy at the intersection of energy, food and water has been limited. But this first-of-its-kind report shows that in addition to enhancing energy security, improving air quality, reducing carbon emissions and creating jobs, greater deployment of existing renewable energy technology can also bolster water and food security.”

In England and Wales the electricity sector accounts for around half of total water withdrawals, including 40% of all freshwater withdrawals, the report explains. If the UK were to increase renewable energy to account for 61% of electricity by 2030, the analysis found a 27% savings in total water use, when compared to the expected energy share of 32% over the period.